BEIJING Metro has awarded a contract to CRRC Sifang to upgrade the train protection and control systems on Line 5. 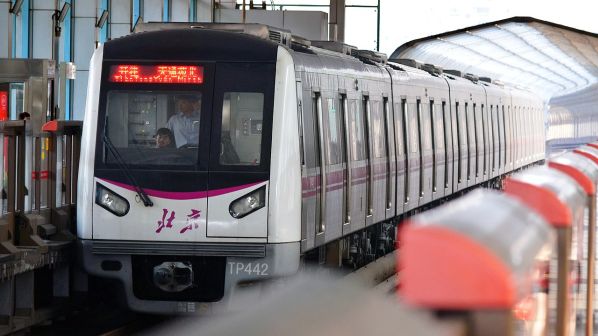 The upgrades will replace the ageing Westinghouse-Dacheng quasi-moving block ATO and control systems, which have been in place since the line opened in 2007.

The 27.6km Line 5 is the city’s only direct north-south metro route, connecting the suburb of Tiantongyuan in the north, via the city centre, with Shiliuzhuang in the south.

The upgrade is intended to address significant congestion on the route as well as improving ATO systems in line with new government standards for metro rail automation. When the line opened more than a decade ago, passenger numbers were originally projected at 350,000-400,000 per day. However, footfall has since increased to over one million daily users.

In addition, the new systems will significantly improve reliability with improvements to onboard equipment, reduced signal interference, lower maintenance costs, improved network monitoring and fault analysis, higher levels of automation, and improvements to system redundancy. This is intended to address high levels of system failures on the line, which was found to have the most failures of any line on the network in 2019.

The new systems will be designed to be compatible with the fleet’s existing traction and braking systems, with ease of maintenance a key concern.

Due to the line’s high use, systems tests will be carried out overnight between 22.00 and 05.00 to minimise disruption to services, with technical planning carried out online during the day.

Line 5 will be the seventh line of the Beijing Metro to be upgraded by CRRC Sifang, following upgrades to the control and train protection systems of Lines 7, 10, 13, 15, 16 and the Batong Line.