BENTLEY Systems has announced the acquisition of pedestrian simulation software provider Legion, which will be integrated into its new OpenBuildings Station Designer software to enable designers to fully model pedestrian movements through stations. 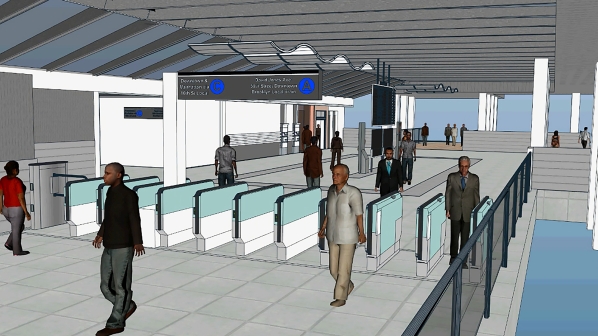 Legion’s pedestrian simulation application is capable of modelling interactions between people and physical obstacles, as well as activities including circulation and evacuations, within public spaces such as railway stations, airports, sports arenas, tall buildings and streets.

“Legion was the first machine learning developer because they worked from literally millions of hours of video of pedestrians moving and over decades have invented a tool that will actually help the simulation of that movement,” Bentley Systems CEO, Mr Greg Bentley, told the Year in Infrastructure 2018 Conference in London on October 16 while announcing the launch and acquisition. “Whether you’re traveling by train or via airports, pedestrian modelling is of the essence for accomplishing that functionality and advancing the infrastructure.”

“Pedestrian flows should be considered fundamental design criteria for infrastructure assets like train stations or airports which are intrinsically meant to serve the needs of pedestrians,” says Legion founder, Mr Douglas Connor. “Next, we can advance Legion’s ‘science in motion’ vision to incorporate pedestrian simulation quite cohesively, from the strategic and capital planning of an infrastructure project throughout its design, subsequent retrofits, and into asset operations.”