Locomotive has a range of up to 200km. 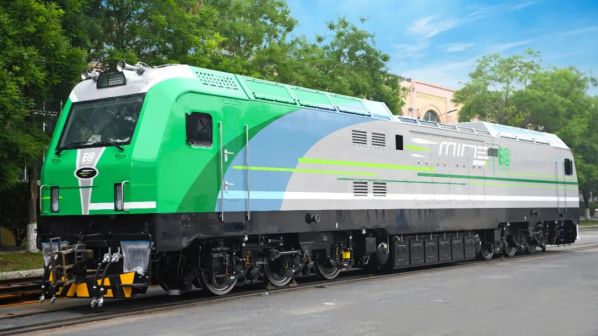 The locomotive is due to undergo testing later this year at Bangkok’s new central station, Bang Sue Grand, which will be the Thai capital’s high-speed terminus as well as the principal station for the conventional 1000mm-gauge network.

According to Energy Absolute deputy CEO, Mr Amorn Sapthaweekul, the locomotive has a range of 200km and would offer a 40% saving in energy costs when compared with diesel traction.

Energy Absolute has developed a rapid charging system that can charge the locomotive’s batteries within 60 minutes, as well as a station for changing batteries in under 10 minutes.

The battery system was developed in conjunction with Asia Engineering & Service (Thailand), a company which specialises in the repair of traction motors and other electrical equipment.

Sapthaweekul says that shunting tests of the locomotive at Bang Sue Grand will also involve the participation of academic institutions King Mongkut's Institute of Technology Ladkrabang and Rajamangala University of Technology Isan.

“This electric locomotive is a part of the development of energy-saving and eco-friendly battery-powered trains,” Sapthaweekul says. “Energy Absolute is ready to design and develop an ultra-fast charging system to meet the government's strategy to promote Thailand as logistics hub in Asia."