EURAIL, the company providing the Eurail and Interrail Global Passes, has launched a mobile pass that allows passengers to plan and use their tickets across 33 European countries through a single app. 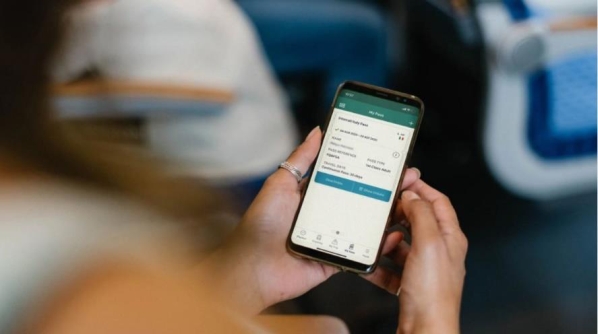 The mobile Eurail or Interrail passes, which are available for non-European and European citizens respectively, can be purchased up to 11 months before the start of a trip and travellers can choose their start date once they are ready to travel.

Developing the pass involved connecting the systems and processes of more than 35 operators into a single digital solution, taking into account the complexities of a multi-country, flexi-day ticket option.

The passes, which were available via the online Eurail and Interrail stores from September 21, can be added to a mobile phone through the Rail Planner app, which allows passengers to plan their journey and keep track of their trips.

The mobile pass improves ticket inspection as passengers no longer need to fill in a paper travel diary, instead adding journeys from the app’s planner to the mobile pass before boarding the train. Passengers then show their mobile ticket to on-board staff, who can validate the pass by visually inspecting the journey and scanning the barcode in the app.

“It is a first that travellers can use just one e-ticket for train travel that is valid in 33 countries, from Norway to Turkey and from Finland to Portugal,” says Mr Carlo Boselli, general manager at Eurail. “More than 35 European railway carriers contributed to make this complex project succeed.”

The digital pass is periodically checked against Eurail’s system to ensure its validity and prevent fraud, meaning passengers must be online at least once every three days.

Eurail has launched an introductory offer allowing all Eurail and Interrail mobile Passes purchased in September and October to be exchanged or refunded at no additional cost if travellers postpone or cancel their trip.

The Rail Planner app was previously managed by Hacon until it was brought in-house by Eurail in 2019 to allow more flexibility and the addition of new functions, such as the mobile pass. The timetable data for the app is still provided by Hacon. Since the app was renewed in 2019, it has been downloaded more than 680,000 times, with research showing that passengers who used the app during their trip rated their travel experience higher than those travellers who didn’t.

The new mobile passes are available at the Eurail and Interrail webshops, while the paper pass remains available from the online stores, main stations in Europe and other Eurail sales agents.

Eurail has been heavily impacted by the Covid-19 pandemic, a spokesperson told IRJ. While travel in Europe was slowly allowed to resume in June, restrictions still limit travel between some countries.

“We don’t expect sales will be back to normal levels any time this year,” Eurail says. “After 15 years of consecutive growth in pass sales, we expect a significant drop over 2020. Despite the difficult times we are facing right now, we continue to look ahead and see true momentum for rail travel - in recent months we saw many European railways announcing new international connections.

“2021 will be the European Year of Rail, as part of the European Green Deal. With our mobile pass we have an even more flexible travel offer than ever before, allowing travellers to change their travel plans last minute, a real asset for travellers is these times.”