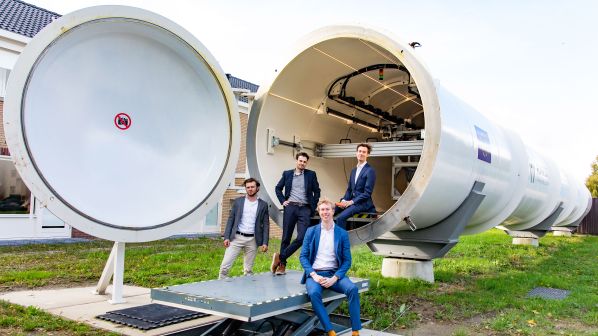 The four founders of Hardt Hyperloop.

This investment round was backed by German fund Freigeist Capital, multiple Dutch and Belgian investors, and one of the first engineers of Uber, plus several existing investors. Hardt Hyperloop has raised more than €10m to date.

“In this facility we will prove hyperloop technologies at speeds of more than 700km/h,” says Hardt Hyperloop’s CTO, Mr Sascha Lamme. “We will also be able to expand our team with more talented people, acquiring investors in future investment rounds, and partnering up with additional companies who will get to join our existing partners.”