IRJ at Rail Live 2022: The new app is available to users in four Spanish cities. 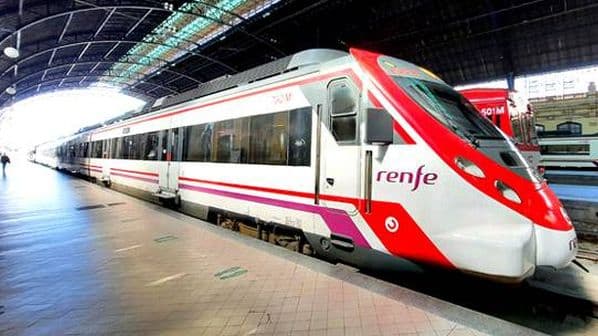 SPANISH national operator Renfe officially launched its dōcō Mobility as a Service (MaaS) application on December 1. Following the successful completion of trials, users are initially able to use the mobile application in Madrid, Barcelona, Seville and Málaga with more cities set to be added soon.

The new app has been developed by Renfe and its technology partners NTT Data and Siemens Mobility under the Renfe as a Service (RaaS) project and was announced by the operator in September.

Users are encouraged to tell the app where they want to go, how they want to get there and at what time and the application offers the best route to reach their final destination.

“We want to become more than a mobility operator,” Mr Manel Villalante, Renfe’s general manager for strategy and development told Rail Live in Málaga on November 30. “We want to cover door-to-door movements, but we can only do that by partnering with other organisations.”

Villante told the conference that following the liberalisation of the high-speed market in Spain - Iryo became the third operator to offer a high-speed service on the Madrid - Barcelona route on November 25 - Renfe is now working in a new mobility paradigm. He said users are now more tech-savvy and Renfe must respond to their needs in order to compete in the market. “We are convinced that this will go well,” he said.

He added that the next stage in the project is to harness Artificial Intelligence to better understand the user’s profile to offer suggested journeys tailored to their expected needs. “That doesn’t exist at the moment,” Villalante said. “But this is a five-year project and we have four years ahead of us to do it, but we will only do so by cooperating with other groups.”