BRITISH infrastructure manager Network Rail has signed contracts with three steel manufacturers to supply rails for five years with an option for a five-year extension. 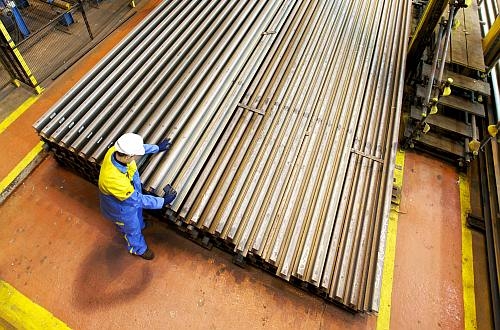 Tata Steel's Scunthorpe rail mill, which is capable of producing 216m-long rails, will supply around 95% of the Network Rail order, equivalent to around 140,000 tonnes of rail per year depending on consumption.

The other two contracts have been awarded to ArcelorMittal and Voestalpine.

Network Rail says the order will cover a range of products varying from widely-used CEN60 and CEN56 rails to conductor rails and bullhead rail.