Pakistan Railways to double over 5582km of track

PAKISTAN Railways (PR) has announced that it will double over 5582km of track in 11 different sections across the country, with a build, operate and transfer (BOT) model likely to be adopted. 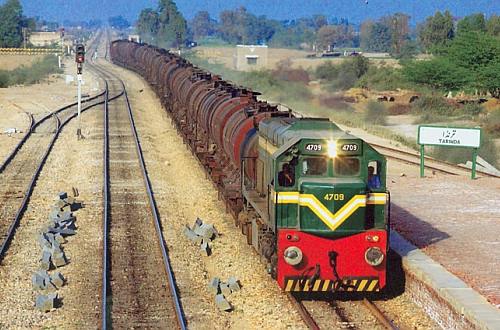 Doubling the track on the 135km Faisalabad - Shahdara and 280km Faisalabad - Khanewal sections would turn them into main lines rather than secondary lines. The Shangla Hill - Wazirabad section is also part of the track doubling plan.

“Hopefully, Pakistan Railways will be in a good position to earn maximum revenue for the country in addition to facilitating the shipment of export goods from upcountry to the sea port of Karachi as well as Kwadar deep-sea port,” says Sheikh.