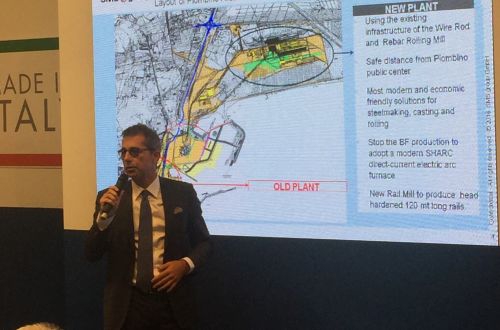 The new plant will be located adjacent to Aferpi's existing site at Piombino and will produce rails of up to 120m in length compared with a maximum of 108m at present. The plant will have a meltshop capacity of 1 million tonnes per year, deploying the latest technologies for steel production including SHARC at the meltshop.

Aferpi says that by investing in efficient technologies which minimise energy waste will help the new facility to be competitive in a tough market.