26 TCDD locomotives to be equipped with ETCS Level 1&2 for EKB project. 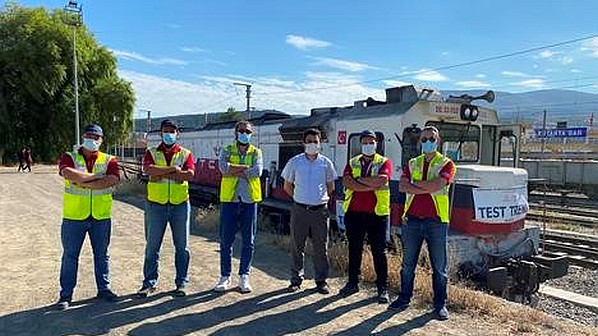 ALSTOM has handed over the first locomotive fitted with ETCS Level 1 & 2 as part of a contract with Turkish State Railways (TCDD) to supply signalling and telecommunications on the 328km Eskişehir - Kütahya line.

The Eskişehir-Kütahya-Alayunt-Balıkesir (EKB) project includes trackside and on-board modernisation for the line covering the design, manufacture and supply of Alstom’s Atlas system.

That contract was awarded back in 2011. At the time of the contract award, Alstom stated that locomotives would be equipped with ERTMS/ETCS on-board equipment.

At the handover of the first locomotive, Alstom confirmed that 26 TCDD locomotives are being equipped with ETCS.

Alstom is also supplying level crossing systems, technical equipment buildings as well as power distribution and uninterrupted power supply systems. There is a GSM-R system also provided for the project on the Alayunt - Afyon section.

“With the new ETCS on-board the locomotives it will provide an advanced level of security beyond the capabilities of the legacy Automatic Train Protection systems (ATP),” says Mr Mama Sougoufara, Alstom MENAT and Turkey managing director.