BAVARIAN Railway Company (BEG) has awarded DB Regio a four-year contract to operate the new Trans-Regional Airport Express (ÜFEX) services which will link Regensburg with Munich Airport from December, with an option for a one-year extension. 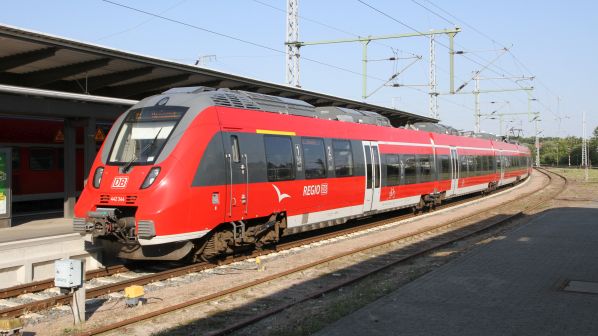 The contract calls for the operation of 1.7 million train-km annually and trains will use the newly-constructed Neufahrn curve, which connects the Munich - Regensburg line with the airport branch south of the town of Friesing.

Construction of the 2.3km double-track line began in October 2014 and the route is now undergoing final commissioning by DB Networks. The €91m project was financed jointly by the German federal government and the state of Bavaria.

ÜFEX will offer a 1h 18min journey time between Regensburg and Munich Airport, compared with up to 1h 40min for the current bus-and-train trip.

Services will be operated by existing Bombardier Talent 3 EMUs which DB will transfer from other routes.

BEG plans to tender for the subsequent ÜFEX contract alongside the new contract for Munich - Passau Donau-Isar-Express services, which are also currently operated by DB Regio.