New 23km line passes final hurdle ahead of the start of construction. 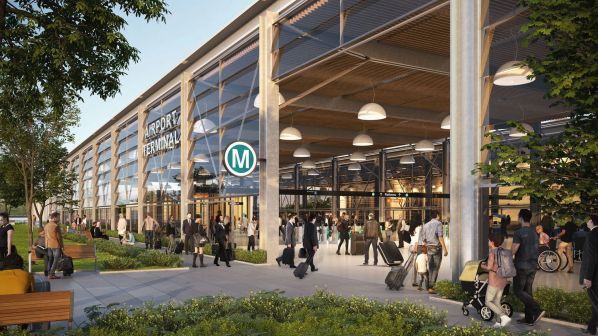 THE Sydney Metro-Western Sydney Airport project has cleared the third and final regulatory hurdle after the Australian federal government issued the go-ahead for work to be carried out within the boundary of the new Western Sydney International Airport. This follows on from the NSW Government planning approval received last month.

The Federal and NSW governments are jointly delivering the 23km metro railway and six stations between St Marys and the Western Sydney Aerotropolis, including two stations at the airport.

The new line will be a vital transport spine for Greater Western Sydney and will provide connections to the new airport, Aerotropolis as well as precincts and areas not previously rail connected.

Journeys will take around 20 minutes from St Marys to the Aerotropolis and about 15 minutes from the airport to St Marys, where passengers can interchange with the T1 Western Line and the rest of Sydney’s rail network.

Early works construction started in December 2020 and Sydney Metro. The project’s tunnelling contract is to be awarded by the end of the year and tunnel boring machines will be in the ground in 2023.

Australia’s international airports are under the control of the federal government which is why the requirement for Canberra to approve the metro work was needed.