GHANA’s Ministry of Railways has ordered 35 standard gauge locomotives, plus coaches and freight wagons, for operation on new lines. 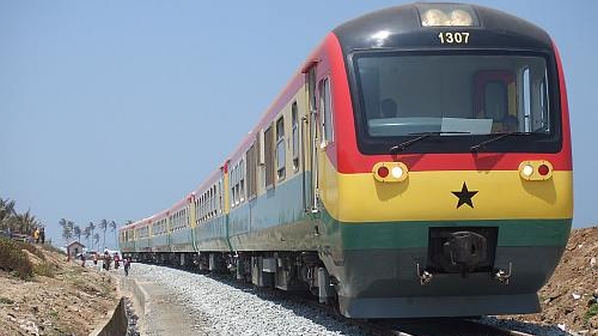 The new equipment will be supplied by a consortium of Chinese companies led by Dongfang Electrical, in partnership with CRRC Dalian and the CRRC Qiqihar Rolling Stock Company (QRRS), in a deal agreed on June 23.

The order is estimated to cost Shillings 912bn ($US 243.6m) and includes nine passenger locomotives capable of speeds of 160km/h, 15 freight locomotives and 11 shunters. In addition, Dongfang will supply 48 passenger coaches, 230 box wagons and 100 flat wagons.

The first batch of two locomotives is scheduled for delivery by June 2021, with a further seven by the end of that year. The final 26 locomotives will arrive according to a flexible timeframe over the subsequent 18 months.

The order is part of an ongoing effort to revitalise the country’s rail infrastructure which began in 2018, and includes the modernisation of existing narrow-gauge railways, as well as the construction of several new standard gauge lines. This includes the $US 2.2bn, 340km Tema - Accra - Koforidua - Kumasi Eastern Rail line, which was approved last year, and according to Ghana’s minister of railway development, Mr Joe Ghartey, is now 60% complete.

The existing 1,067mm gauge colonial-era network has suffered from underinvestment and neglect in recent decades, declining from a peak of 947km in 1957 to around 10% of that figure. “And even that 10% was barely working,” Ghartey says. “The last time a train went from Kumasi to Accra was in 2001 on the Eastern line. On the Western line, it was 2004.”

The purchase follows the signing of a Memorandum of Understanding (MoU) on June 17 between the government and a consortium of Thelo DB and Transtech Consult, a Ghanaian engineering consultancy firm, for the construction, operation and maintenance of sections of the Western Rail between Huni Valley - Obuasi, and Dunkwa - Awaso.

Under the agreement, the partnership will undertake the modernisation of the railway, taking charge of improvements, operations and maintenance, as well as providing training to local people to ensure the continued operation of the line following the project’s completion.

Work on the 99km Tema - Akosombo - Mpakadan line is nearing completion. Work on the project resumed on June 2 after a three-month hiatus due to a number of workers contracting Covid-19.