Ghana to spend $US 2bn on rail network

The funds will be primarily used to develop Ghana’s standard-gauge network. 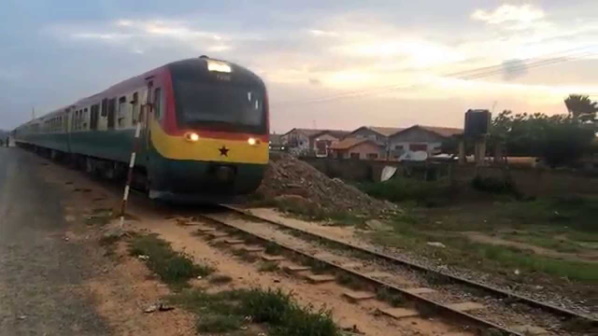 THE Ghanaian government will spend at least $US 2bn on ongoing and approved railway projects, according to president, Mr Nana Akufo-Addo.

Speaking to parliament, the president confirmed that railway sector expenditure projection includes the $US 597m for the construction of the Manso - Huni Valley standard-gauge railway (SGR) line, as set out in Ghana’s Medium Term Expenditure Framework for 2020-2023.

The funding will also cover the development of an SGR freight line from Takoradi station to Takoradi Port.

“The development of the project will result in the construction of 102km of railway between the Port of Takoradi and Huni Valley,” Akufo-Addo says.

Other priority projects include the construction of a new SGR line from Kojokrom to Manso via Eshiem, and the conversion of an existing line between Takoradi and Sekondi from narrow to standard gauge.

The Ministry of Railway Development, through the Ghana Railway Development Authority (GRDA), is also planing a complete rehabilitation of 300km of existing narrow-gauge tracks, as well as the construction of 10 new stations and upgrades to eight others across the country’s railway network by 2023.

In addition, Akufo-Addo confirmed that contracts for six other SGR ‘missing links’ have been signed including for sections between Manso and Dunkwa; Kumasi - Kaase; Kaase - Eduadin; Eduadin - Obuasi; and Eduadin - Ejisu, with a branch line to Boankra Inland Port.

China Railway Wuju (Group) Corporation previously signed a $US 500m contract for the Manso - Dunkwa SGR project in May 2019. However, it could not immediately be confirmed as the contractor for the other SGR sections.

For detailed data on projects in Ghana and around the world, subscribe to IRJ Pro.