204km standard gauge railway to be complete in 18 months. 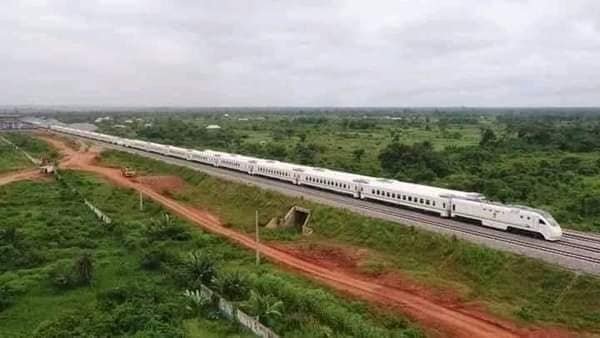 A groundbreaking ceremony for Kano-Kaduna railway took place in mid-July.

A ground-breaking ceremony took place in Kano, Nigeria, on July 15 to mark the beginning of construction of the $US 1.2bn 204km standard gauge railway to Kaduna. This section is part of the 1343km Kano - Abuja railway project.

CCECC expects to complete the latest section in 18 months. The Kaduna - Kano railway will serve stations at Rigachukun and Zaria as well as Kano.

Speaking at the ceremony, Rotimi said 20,000 jobs would be created during the construction of the railway.

At the start of July, Amaechi stated that the Nigerian government has paid $US 218m to begin the project after it was confirmed in late-May, as planned funding from China had failed to arrive. He told journalists at the time that should money from China not materialise then he would approach Nigeria’s finance minister about asking European banks to fund the Ibadan - Kano section of the new line.

The railway is seen as the top priority for the Nigerian economy, says CCECC. At the moment trains operate for 187km between Abuja and Kaduna in the south, while in June trains began running on a 157km section between Lagos and Ibadan.