KENYA's president, Mr Mwai Kibaki, officially opened a $US 4.7m 2.3km extension of the Nairobi – Embakasi line to Syokimau on November 14, which is said to be the first new station built in Kenya for 80 years. 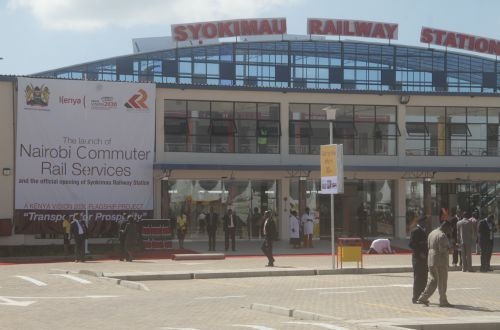 The new station has lifts and escalators, ticket gates, CCTV, and parking for more than 3000 cars. It is expected to attract about 20,000 passengers a day as it has a wide catchment area and the train journey to Nairobi takes 20 minutes compared with around 90 minutes by road.

The extension is part of the $US 300m Nairobi Commuter Rail Service project which involves building a further eight stations in the Nairobi area.