ALGERIAN National Railways (SNTF) and Stadler Rail are set to establish a joint venture company in Algeria under a memorandum of understanding (MoU) signed by the two companies in Algiers on November 10 in the presence of Algeria's minister of transport Mr Boudjnâ Talai and Swiss secretary of state for the economy Mrs Marie-Gabrielle Ineichen-Fleisch. 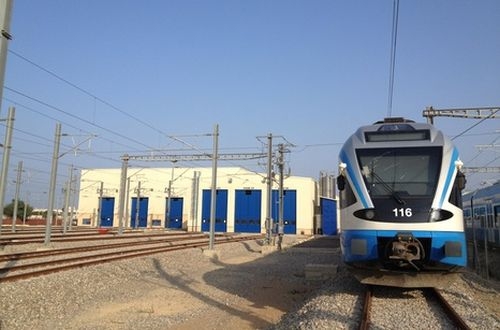 Stadler will hold a 51% stake in the joint stock company, which will be established under Algerian law and is due to begin operations in June 2016.

Initially the joint venture will be responsible for maintaining the fleet of 64 Stadler Flirt EMUs used on Algiers RER services. These trains are maintained by the manufacturer at a purpose-built depot at Caroubier in the south of the city under a 10-year maintenance contract, which expires in 2018.
In the longer-term, the MoU also provides a basis for the localised production of rolling stock for SNTF and the broader African market.