TANZANIA Railway's (TRL) deputy managing director and chief finance officer have been suspended by the country's transport minister Mr Harrison Mwakyembe as investigations into the controversial acquisition of 25 wagons from Indian firm Hindustan Engineering and Industries gets underway. 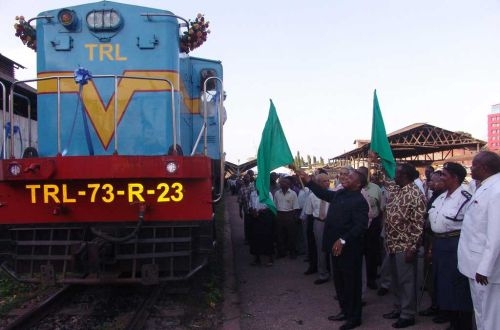 Mwakyembe has also disbanded the railway operator's tender board after initial investigations indicated that the wagons, valued at around $US 5m, are of inferior quality and not suitable for carrying containers from the Dar es Salaam port into Tanzania and neighbouring countries as initially anticipated.

"I want a thorough investigation on how the process was carried out, but all these officials who went to India should be suspended to pave the way for investigations until they are cleared of wrongdoing,'' Mwakyembe says.

The acquisition of the 25 wagons is part of TRL's plan to spend $US 680m to purchase 1960 freight wagons, 44 passenger coaches, 58 locomotives and to upgrade rail infrastructure and services under the country's Big Results Now (BRN) initiative.

TRL is expecting to receive an additional 204 wagons by the end of 2015 with 13 new locomotives expected in January according to transport permanent secretary Mr Shaaban Mwinjaka.