TANZANIA is in the process of securing an advisor for a $US 1bn public-private partnership (PPP) scheme to upgrade Tanzania Railways' (TR) 970km metre-gauge line linking Dar es Salaam with Dodoma, Tabora and Isaka. 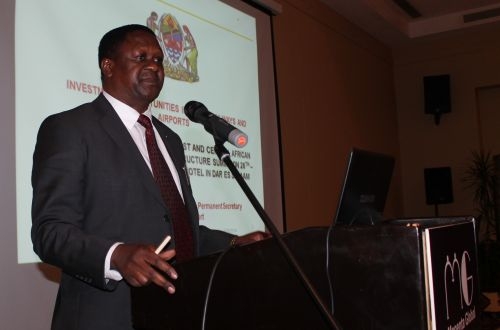 "The government has already borrowed $US 300m from the World Bank through the Tanzania Intermodal Railway Project for the upgrading the line," Mr Shabaan Mwinjaka, permanent secretary with the Ministry of Transport, told delegates attending the 5th East and Central Africa Roads and Rail Infrastructure Summit in Dar es Salaam on August 26.

Canadian consultancy Canarail finalised a detailed engineering study for the project in February, which includes track renewal to increase rail weight from 28kg/m to 40kg/m.

The scheme is part of the partially-donor-funded Big Results Now (BRN) programme which includes the purchase of rolling stock and remanufacturing of locomotives and wagons at TR's Morogoro workshops.

Mwinjaka says TR's network is facing serious challenges such as ageing infrastructure, inadequate operational skills and expertise, low availability and reliability of rolling stock, and poor track condition and maintenance. TR is seeking private sector partners in a bid to reverse the deteriorating trend. Mwinjaka added that the low axleloads and aged bridges have contributed to the decline in passenger journeys which fell from 684,000 in 2002 to 500,000 in 2012, and steep drop freight traffic from 1.6 million to 200,000 tonnes during the same period.