THE Kenyan government has released $US 88m to compensate people whose land will be taken up by the $US 3.6bn project to build a 609km standard-gauge railway linking Nairobi with Mombasa. The decision comes one month after a High Court suspended construction due to a dispute over compensation. 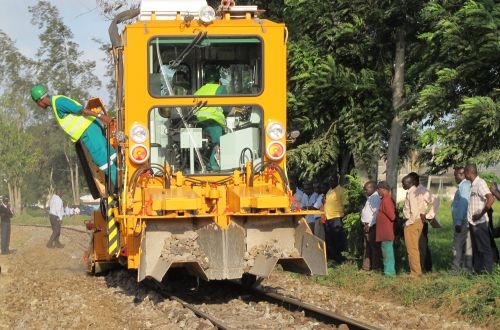 The compensation will be paid in stages and is expected to resolve the tussle between Kenya Railway Corporation (KRC) and communities that have been protesting over an alleged failure to consult them before their land was earmarked for the single-track line.

Construction of the line was initially set to commence on October 1, but court injunctions and delays in the release of compensation to land owners have delayed the start.

Nevertheless, KRC's managing director Mr Atanas Maina said on December 1: "The construction of Phase 1 of the Mombasa - Nairobi standard-gauge railway project is on course. Land acquisition undertaken by the National Land Commission is at an advanced stage." Maina said compensation payments will commence within the first week of December, when verification of claimant's bank details has been completed. KRC estimates that 4856 hectares of land, much of it privately owned, will be required for the project.

Last month, High Court judge Justice Charles Kariuki granted an application by a member of the National Assembly for Kibwezi constituency, Mr Patrick Musimba, who argued that residents of Kibwezi were not given notice before the takeover, as required by law, and have not been properly compensated for land acquired by KRC for the new line.

Although the injunction suspending railway construction was lifted on November 6, the main law suit still continues after the judge said "there are many parties involved and anything which may stall the project should be ironed out." The MP has sued the National Land Commission, KRC, and Kenya's attorney general, while the main contractor, China Roads and Bridges Corporation, has been named as an interested party.