Bright times ahead for Brightline

Despite the impact of the energy crisis, the war in Ukraine and the Covid-19 pandemic, the railway supply industry can expect growth, as Maria Leenen and Alexander Borchers* of SCI Verkehr explain, drawing on the findings of the consultancy’s global railway market study for 2022. 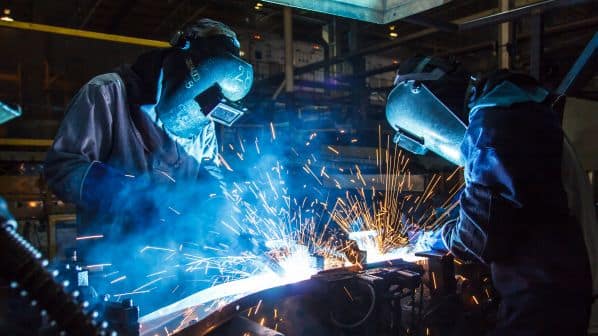 Soaring steel prices and a lack of components are driving up prices in the OEM market, for rolling stock spare parts and in the infrastructure sector.
Photo Credit: Shutterstock/Praphan Jampala

THE worldwide market volume of the railway supply industry is currently around €190bn, about the same level as during the previous three years. Disrupted supply chains and restrictions imposed to tackle the global Covid-19 crisis have recently slowed the industry down, but we expect the market to still grow by 1.4% annually without inflation. Driven by price increases, the market will reach €236bn by 2026, a growth of 4.3% per year.

The current and future market environment is characterised by the greatest uncertainty in decades. War, inflation and currency fluctuations are all posing challenges for global forecasters. The Russian invasion of Ukraine on February 24 2022 was something of a watershed moment. Existing partnerships were destroyed overnight and new alliances are emerging, with the world order set to undergo significant change in the coming years.

Russia is the world’s third-largest railway market, and has been heavily sanctioned by western nations following the invasion. Western companies have mostly left Russia and existing projects have been put on hold. Western industrialised countries in Europe and North America are struggling with high energy and consumer prices, and the railway industry is particularly affected by its dependency on steel and aluminium. Soaring steel prices and a lack of components are driving up prices in the OEM market, for rolling stock spare parts and in the infrastructure sector. In Europe, there is also the threat of an extended energy and economic crisis if gas supplies from Russia are further reduced or even cut off completely.

Furthermore, the consequences of the Covid-19 pandemic have not yet been overcome. China, by far the most important railway industry market, is still fighting against new outbreaks of the disease with tough lockdowns. As a result, not only are the metros in major cities and national rail freight traffic at a standstill, but the manufacture of important products and their supply chains are also being disrupted, with global repercussions.

Despite these market uncertainties, the railway industry is still optimistic about the future. In SCI Verkehr’s industry barometer, the Global Rail Index, 40% of senior managers expected positive business development in the upcoming quarter. Large corporations such as Siemens are reporting record order intakes. The railway continues to be seen as important in reducing emissions in the fight against the climate crisis. In countries with a growing urban population, such as India, the railway remains essential in moving people and goods and preventing cities from grinding to a standstill. However, a recession, be it global or in key markets, would impact the railway industry. SCI Verkehr has assumed no negative economic growth, in line with World Bank data.

Almost two-thirds of the global market volume of the railway industry is accounted for by the rolling stock segment. The current market volume is €123bn and will grow significantly at a compound annual growth rate (CAGR) of 5.1% until 2026. One driver is the high inflation rates that the IMF expects in the coming years in important regions such as Europe and the CIS. Without inflation, SCI Verkehr forecasts notable growth of 2.1% in the market, and growing fleets are also driving the after-sales market.

New rolling stock is especially in demand in the freight sector. State-of-the-art wagons increase productivity, and powerful electric locomotives meet more demanding operational requirements. Shunting locomotives are increasingly being converted to emissions-free power, and the development of alternatives for mainline diesel locomotives is in full swing. SCI Verkehr forecasts significant growth in the OEM market for rail freight assets with a CAGR of over 8% until 2026.

The railway infrastructure market is worth around €46bn, which corresponds to a quarter of the global railway industry market. It will grow by 2.8% to around €53bn by 2026. Growth is especially driven by the rising costs of raw materials. Steel prices in particular have risen, but so has concrete where the price has increased significantly due to Covid-19 and the war in Ukraine, a development which presents challenges for infrastructure managers around the world. Many planned projects can no longer be executed within the funding available and construction work has to be postponed.

Although SCI Verkehr expects budgets to be adjusted in the coming years, especially in Europe, the high prices are limiting the prospects for new projects. This means that digitalisation of the network to create additional capacity on existing infrastructure is becoming even more important to meet modal shift targets.

The market volume for railway system technology stood at €21bn in 2021. Despite most governments and public authorities around the world facing tight budgets for the foreseeable future, SCI Verkehr expects the market for railway system technology to grow in the period up to 2026. This is mostly because the capacity of the existing railway systems has reached its limit in many parts of the world and networks are no longer operating in an effective manner. This especially applies to urban networks and conventional main lines. As new construction is costly and time-consuming, alternative ways to increase capacity must be considered, including improvements to command, control and signalling (CCS) systems.

Renewing or upgrading CCS systems is the most promising way to increase the capacity and effectiveness of the railway network in a comparatively short space of time. Digital technology can bring great improvements to train operations, such as moving-block signalling or automatic train operation (ATO), and many operators are already carrying out such programmes or plan to do so in the future.

As reliability is an important purchasing argument, network operators try to adopt proven systems that meet their needs, rather than developing and installing totally new systems. ETCS and related products are therefore continuing to gain importance globally and the installation of ETCS and related products, including digital interlockings and radio block centres (RBC), will be the most important drivers for CCS market development in the coming years.

Europe and Asia are responsible for two thirds of the market volume of the global railway industry. That share will remain almost the same over the coming five years. Among the largest single markets, China stands out with a share of almost a fifth of the global market volume. Russia is in third place with 10% of the global market. The uncertainties caused by the war in Ukraine are, however, exceptionally high. Western companies have mostly ceased their business activities in Russia but the country has a strong domestic railway supply industry which can also be used as a tool to strengthen the economy.

The Asian market has a volume of €62bn and will grow by 3.2% a year until 2026. This slower rate of growth when compared with the global market is particularly due to low inflation in China and Japan whose markets will therefore be less impacted by price increases than elsewhere. The Asian market is driven by rolling stock while the infrastructure market will not grow significantly in the coming years. Uncertainties in the market are caused by the Chinese government’s tough measures to contain Covid-19, which are causing lockdowns of important production facilities and ports.

Despite the war in Ukraine, SCI Verkehr forecasts significant growth in the CIS of 5.9% which will be driven by the forecast for high inflation in Russia. In terms of units, however, SCI Verkehr sees a decline in deliveries here, and the OEM market for rolling stock as measured in units will shrink by 2.6% a year up to 2026. Making accurate forecasts for this region is particularly challenging because of the war as its duration and the future behaviour of Russia and the west will strongly influence developments. In addition, exchange rate fluctuations and politically motivated interventions in the market, such as prioritising war production, make accurate forecasting more difficult. In Ukraine, the second largest market in the CIS region, SCI Verkehr expects rapid reconstruction support from European companies following the war’s conclusion.

With a turnover of almost €20bn, CRRC of China remains the largest rolling stock manufacturer in the world. But it has not been able to increase turnover significantly in recent years, which is related to a stagnating domestic market and the fact that exports make up a small proportion of total turnover.

Outside China, Alstom is clearly the largest manufacturer with a turnover of €15.5bn, the 2021 figure including its recent acquisition Bombardier, which is almost twice the size of turnover at Siemens Mobility in third place. This year there is greater movement in the respective rankings of the bottom half of the top 10 manufacturers, where fluctuating currency exchange rates make it increasingly difficult to draw a clear picture.