Operator hopes to complete the process of stabilising its German business by the end of 2022. 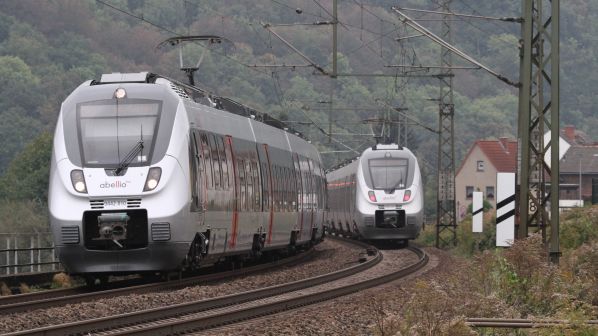 ABELLIO Germany is continuing to seek new contractual arrangements with the German states it serves while cutting the size of its business by selling subsidiaries and reducing the number of routes it operates after leaving a three-month period of court supervised financial protection on October 1 during which the federal government paid employee salaries.

The German subsidiary of Abellio, the international operating arm of Dutch state-owned Netherlands Railways (NS), entered financial protection on July 1. The company said it had been hit by employee cost inflation, staff shortages, compensation charges payable due to delays and an overall and growing lack of rail infrastructure reliability in Germany. Abellio argued that the circumstances were not known or less prevalent when it originally took on its contracts.

Abellio has concluded a number of agreements with German states in recent weeks, some long term, some much shorter term, as it aims to complete the process of stabilising its business by the end of 2022 at the latest.

Lower Saxony Transport Authority (LNVG) has said publicly it hopes a buyer is found for Westfalenbahn as it is a major and reliable operator. Abellio became the sole shareholder in Westfalenbahn in 2017 after acquiring stakes from three regional transport operators and transport authorities.

In North Rhine-Westphalia, Abellio intends to cease operation of Rhine-Ruhr Express (RRX) route RE1 (Aachen - Cologne - Düsseldorf - Hamm) plus one of the S-Bahn lines it operates for Ruhr region transport authority, VRR, in early 2022. Negotiations with VRR and the other transport authorities involved are underway. Trains leased from VRR are used for all these services, making a transfer to other operators relatively easy. VRR issued formal improvement warnings to Abellio earlier this year after severe staff shortages led to widespread cancellation of S-Bahn services and subcontracting of RE1 services back to DB Regio.

Abellio has agreed to continue operation of its services in Baden-Württemberg until December this year while negotiations over a longer-term solution are finalised; Baden-Württemberg Land transport minister, Mr Winfried Hermann, has stated that there is little scope for changes to contracts.

In Saxony-Anhalt, Abellio has agreed with transport authority NASA that it will retain the Saale - Thüringen - Südharz Electric Network contract to run services using Talent 2 EMUs connecting major cities in the state with cities in neighbouring states until December 2030, but will cease operation of the Saxony-Anhalt Diesel Network contract connecting Magdeburg with the Harz region by December 2023. The network will be re-tendered and Abellio will not be permitted to bid. NASA has also agreed new approaches to penalty payments for late running when DB Networks is responsible and will apply this to all operators, not just Abellio, costing the state “several million euros” annually. Similar co-funding agreements of additional costs between contracting transport authority and operator have been a feature of several German operating contracts awarded since the pandemic began in 2020.