THE British government’s budget announcement on March 11 includes £20m to develop an Outline Business Case for the Midlands Rail Hub, a proposed £2bn package of improvements to increase rail capacity and service frequency between cities and towns across central England. 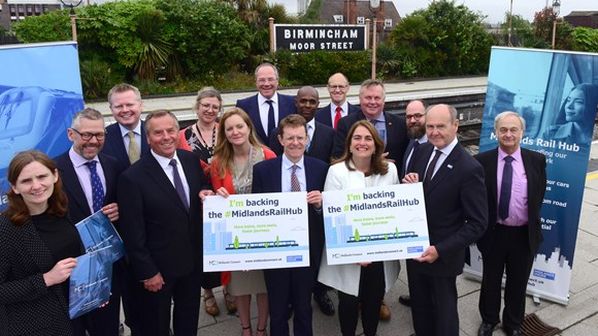 The Midlands Rail Hub proposes 24 extra services every hour on commuter and inter-regional trains serving 60 stations across the region including in Coventry, Birmingham, Leicester, Nottingham, Derby, Lincoln, Worcester and Hereford. Work encompasses developing 15 separate elements of new and improved infrastructure between 2024 and 2033.

The improvements are expected to translate into six million extra passenger journeys, 72 additional freight trains per day, and an overall economic boost to the region of £649m.

“With this funding commitment, we can now continue to work closely with Network Rail and the Department for Transport to develop a robust business case for the Midlands Rail Hub, bringing the plans closer to reality,” says Ms Maria Machancoses, Midlands Connect chairman.

Nexus, which owns and operates the 78km Tyne & Wear light metro centred on Newcastle, is another big winner in the budget, securing £103m for its Metro Flow project.

Metro Flow is the plan to upgrade and electrify an existing freight line in South Tyneside from September 2022 for Metro services. Three sections of single-track totalling 3km will be doubled between Pelaw and Bede on the South Shields line. The upgrades will help to increase the frequency of trains outside of the central area from 12 minutes to 10 minutes, providing an extra 30,000 passenger journeys every day.

The funding is provided under the government’s Transforming Cities Fund. Nexus will also use the funding to purchase an additional four trains as an option in the £300m contract agreed with Stadler to purchase 42 five-car articulated trains in January.

“We’re delighted that this vital project has secured government backing,” says Mr Tobyn Hughes, director general of Nexus. “It’s great news for the Tyne and Wear Metro and for passengers who rely on the service each and every day. It gives Metro greater capacity and will take more cars off the region’s roads.

“The project will involve the conversion of an existing heavy rail line, bringing it into dual use so that Metro services can run alongside freight services, which is similar to the operations we have on the Sunderland line.

Other rail schemes set to receive funding from the budget include:

The government also says it is “open to discussions” with devolved authorities in the coming months over improvements to Sheffield Supertram and tram-train pilots in Greater Manchester.

The government is set to publish a National Infrastructure Strategy this spring, which will outline greater detail of a planned £640bn wider infrastructure investment programme, including Northern Powerhouse Rail, which prime minister Mr Boris Johnson committed to delivering during his speech to reaffirm the government’s support for HS2 last month. Further infrastructure capital budget commitments for three years up to 2024-25 are expected in the Comprehensive Spending Review 2020 due to be announced in July.