The rebuilt line will connect Dakar and Tambacounda. 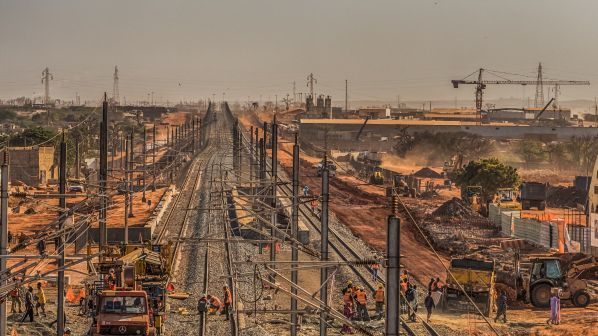 CANADA has offered to provide CFA Fr 1.965 trillion ($US 3.5bn) to reconstruct the 467km Dakar - Tambacounda metre-gauge line in Senegal as a double-track standard-gauge line with an axleload of 22.5 tonnes.

The director general of Senegal National Railways (SN-CFS), Mr Kibily Touré, told national newspaper Le Soleil that the project, dubbed the Dakar-Tamba Fast Track, would also include the construction of 194km of branch lines to connect mining, industrial and port facilities to the line. “This is what makes the project profitable,” Touré says.

The loan will be guaranteed by the Canadian government through the Canadian Commercial Cooperation (CCC) and will repaid through operating revenue. “It is not a sovereign guarantee of the State of Senegal,” Touré says. “We have made an important institutional reform making the SN-CFS the manager of the heritage and wealth in the railway sector.”

Discussions between Senegal’s Ministry of Finance and Budget and the Ministry of Economy, Planning and Cooperation to finalise the 500-page agreement are ongoing. The four-and-a-half-year project, which will be led by Canadian construction company Aecon, will begin in September 2022.

Touré says the government has already undertaken CFA Fr 18bn of works since the end of 2019, including the reconstruction of an 80m-long bridge at Koussanar, the purchase of six new locomotives from Traxtion Group, South Africa, which are waiting to be delivered, and the rehabilitation of the Tivaouane - Tambacounda line.