Proceeds from any sale will remain in the group for debt reduction and future investment. 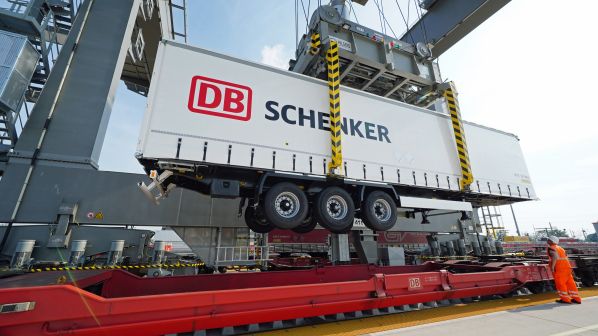 DB Schenker recorded its most successful performance in the company's 150-year history in the first half of 2022.
Photo Credit: DB

THE DB supervisory board has requested that DB draw up options to sell the entire DB Schenker logistics business. Exactly how any sale will be undertaken will be decided once the options have been evaluated, the board confirmed on December 15.

The DB supervisory board also said that any proceeds should remain in the group for debt reduction and future investment. Ultimately this will require shareholder agreement although with debt funding behind much of the logistics business’ investment in growth it appears logical that sale proceeds should repay this.

DB bought Stinnes Logistics, which owned the Schenker brand, in 2002. The companies had shared history in that Schenker, founded in 1872, had been bought by the pre-WWII German national railway company in 1931 and only sold to Stinnes by its successor West German state rail company Deutsche Bundesbahn (DBB) in 1991.

DB says that Schenker is currently the fifth largest integrated logistics company globally. And despite growing pressure to sell all or part of DB Schenker, DB has continued to invest in new international logistics acquisitions during 2022.

Unlike DB’s rail freight business DB Cargo, DB Schenker is highly profitable, generating Ebitda of €1.846bn in 2021. The division represents around 49.5% of total DB group turnover but more than 92% of total group profits. In contrast DB’s German predominately rail businesses reported a turnover of €20bn but Ebitda of only €83m in 2021. Half year results for 2022 show DB Schenker recording record profits around €1.2bn in the first six months.

DB Schenker has over 76000 employees worldwide, around 15000 of them in Germany.

Political pressure for DB to focus more on operating trains in Germany and less on international activities has grown in recent years, especially as delays caused by multiple infrastructure issues have become a national talking point.

The transport policy of the coalition government, which was elected in 2021, prioritised getting DB to improve its German rail operations and in particular infrastructure performance. DB had already publicly committed to its Strong Rail strategy, which focuses on investing in the German rail network rather than abroad. DB also sold some parts of its DB Arriva passenger operations business, which is active in several European countries, during 2022.

The secondary issue driving political objection to DB Schenker’s growth and importance to DB’s group finances is that the commercial risks taken within the logistics business are ultimately backed by DB’s owner, the German government and therefore tax payers.

Given the size and profitability of the DB Schenker business it is likely to merit a significant valuation. Whether such a valuation can be realised through a trade sale (or sales), or via a stock market listing is unclear.