THE European Commission (EC) has informed state-owned Czech Railways (ČD) of its preliminary view that ČD breached European Union (EU) anti-trust rules by engaging in predatory pricing on passenger services operated on the Prague - Ostrava route between 2011 and 2019. 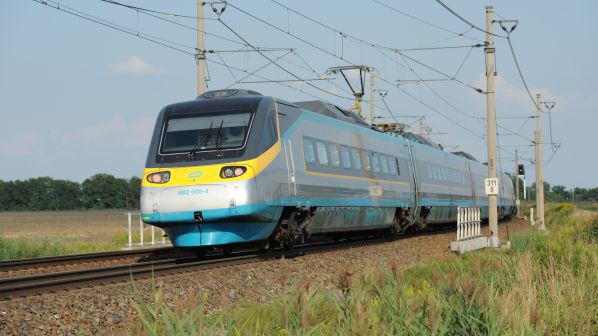 ČD competes with private operators RegioJet and Leo Express on the route and the EC says its investigation, which commenced in 2016, shows that ČD's ticket prices have been insufficient to cover the cost of operating the service.

Following a complaint, the EC carried out inspections at ČD’s premises in April 2016, subsequently opening a formal investigation into alleged predatory conduct by ČD in November of that year. The EC has now issued a Statement of Objections to the company, a formal step in the EC’s investigation into suspected violations of EU anti-trust laws.

ČD can examine the documents in the investigation file and is free to request an oral hearing. If, after exercising the right of defence, the EC concludes that there is sufficient evidence for an infringement, ČD could pay a fine of up to 10% of its annual global turnover.

Prague - Ostrava trains are operated on a commercial basis, receiving no public subsidy. RegioJet and Leo Express entered the market in 2011 and 2012 respectively, helping to double traffic on the route within a few years.

However, the EC says its investigations shows that ČD potentially felt RegioJet and Leo Express expanded too quickly on the Prague - Ostrava route and beyond. The EC says ČD subsequently reacted by starting to offer its services at prices that did not cover its costs with the aim of hindering competition in the market.

Under EU antitrust rules, dominant companies have a responsibility not to abuse their powerful market position by restricting competition. The EC says under specific conditions, pricing below cost may constitute such an abuse. If confirmed, ČD’s conduct would constitute an infringement of Article 102 of the Treaty on the Functioning of the European Union. However, the EC says sending a Statement of Objections does not prejudge the outcome of the investigation.

“Competition in the rail passenger transport sector can drive prices down and service quality up to the benefit of consumers,” says Ms Margrethe Vestager, EC executive vice-president, who is in charge of competition policy. “It benefits the environment too as travellers shift to rail in line with the Green Deal objectives. In the present case, we have concerns that ČD was involved in predatory pricing which is against the EU competition rules."

ČD said in a statement on its website that the Statement of Objections is an extensive and complex document, with which ČD must first become thoroughly acquainted and only then can it decide on further action. In any case, ČD assumes correct cooperation and negotiations with the EC. ČD also said the statement from the EC does not have any bearing on ongoing court cases with competing operators.

“The Statement of Objections comes at a very difficult time, when ČD suffered billions in losses in connection with the Covid-19 pandemic,” says Mr Pavel Kysilka, chairman of ČD’s supervisory board. “Other expenses in the form of a multi-million fine would be very painful for ČD. ČD’s board of directors must now immediately evaluate the EC’s allegations and adopt a clear procedural strategy on how to eliminate these damages. Our goal is to protect ČD from the negative effects of a case that has been burdening the company significantly for 10 years.”

“The approach of the EC is a victory of the general right for fair competition via the quality of services,” RegioJet said in a statement. “Monopolists cannot damage the positive development of customer services on the market by blocking newcomers by reducing prices for its long-term loss-making business at an even lower under-cost level.”

RegioJet says that in 2011, just one week after the launch its open access services on the Prague - Ostrava main line, ČD reduced ticket prices on this route 30% below the price level of RegioJet. RegioJet says it had to respond to this price pressure and took several years to stabilise the financial operation of its trains, suffering damage worth hundreds of millions of Czech koruna.