THE European Investment Bank (EIB) has approved €2.5bn of new funding for European transport projects. This includes a €2bn loan to support the construction of the 146.6km Naples - Bari high-speed line in southern Italy, the largest loan the EIB has ever granted for a single project. 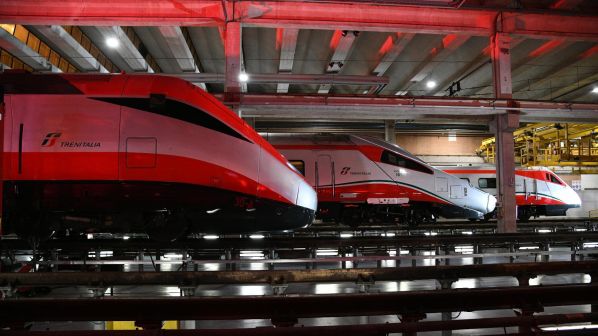 The project, which has an estimated total cost of €6.2bn, is currently due for completion in 2027. The line will form part of the Scandinavia - Mediterranean Trans-European Network (TEN-T), and is expected to cut Naples - Bari journey times by 1h 40min to two hours non-stop. Rome - Bari will also be reduced to around three hours of travel - a saving of one hour.

The project is expected to generate more than 2000 jobs during construction, and 200 when the line begins operation in 2027. The line is part of the Italian government’s “Unlock Italy” initiative, which seeks to reduce the disparity of infrastructure development in northern and southern Italy.

The EIB loan follows a €114m grant from the European Union’s (EU) European Regional Development Fund (ERDF), announced in August 2019, for upgrades to the 15.5km section of the project between Naples and Cancello.

In addition, Sarajevo, the capital of Bosnia and Herzegovina, will receive €75m to support a modernisation of its public transport network, covering both light rail and buses. The city’s light rail modernisation project includes the procurement of LRVs worth €30m. Bidding for a €20m contract covering the rehabilitation of the 8.5km light rail line between Ilidza and Museji also closed in August, with a winner due to be announced in January.