Transport for London receives £485m of the £518m funding package. 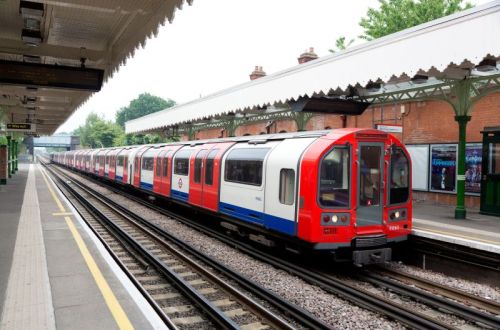 THE British government has announced £518m of additional funding for urban transport networks in England to support operators through the country's third national lockdown, which remains in place.

London transport authority, Transport for London (TfL), has accepted an additional £485m of emergency government Covid funding to ensure the continued operation of London Underground, commuter and bus services in the capital during the pandemic.

The new round of funding will run from the expiry of the current batch at the end of March until May 18 and is intended to compensate for lost ticket revenue due to the pandemic.

The funds comprise £260m of base funding, alongside additional revenue support of approximately £225m, to be paid subject to the level of passenger revenue taken between April 1 and 18.

The funds will be provided under the same terms as the previous round of £1.8bn of funding for the second half of the 2020-21 fiscal year, which commenced on November 5.

London Mayor, Mr Sadiq Khan, previously agreed to make savings of £160m over the six months following the award of the November Covid funding, along with fare increases of 1% ahead of inflation from January 2021, the shelving of current funding for the proposed Crossrail 2 metro project, and a 30% increase in the fee and longer operating hours for the city’s congestion charge scheme.

“We continue discussions with the government on our need for further financial support and a long-term capital funding deal,” a TfL spokesperson said. “This is vital for us to support a strong and robust recovery from the pandemic and to provide confidence to our UK-wide supply chain.”

TfL derives 72% of its total income from passenger fares, compared with much lower percentages for other comparable transport authorities around the world, such as New York’s Metropolitan Transportation Authority (MTA) and Paris’ Île-de-France Mobility, which both only take 38% of their revenue from fares.

Before the pandemic, TfL had reduced expenditure across its network by around £1bn since 2016 and accumulated reserves of £2bn, up 31% compared with the 2015-16 fiscal year, with the transport authority originally expecting to reach an operating surplus of £58m by 2022-23.

The government has also announced the allocation of up to £33m of Covid support funding for light rail networks in England’s North and Midlands regions, including for the cities of Nottingham, Sheffield, Newcastle, Blackpool, Manchester and Birmingham.

Operators will receive funding over the next 11 weeks to support the continuation of operation in the face of low passenger revenues, with a review of the need for further funding taking place before the end of that period.

The latest round of funding brings the total granted to these cities to nearly £200m since the start of the pandemic, as well as over £1bn of additional support for local bus services. It follows £67.8m of support for light rail networks in the regions awarded in October 2020, which expires this month.

“As the country opens up in line with the roadmap out of lockdown, we want light rail and tram services to be available to passengers and running as normal,” says under-secretary of state for devolution, roads and light rail, Ms Charlotte Vere. “That’s why we’re continuing to fund these vital transport systems, ensuring that they’re available now and are ready for people to use when restrictions ease.”