Compensation planned for operators to combat an increase in energy prices. 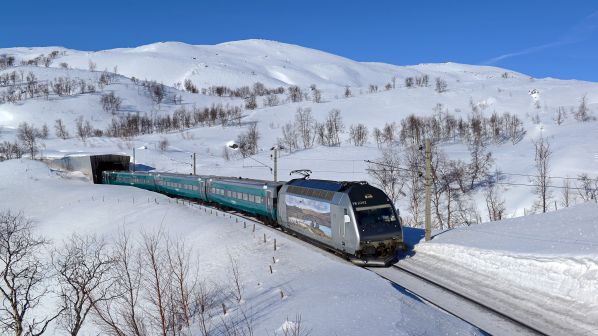 THE Norwegian Railway Directorate has completed the renegotiation of the terms of the passenger operating concessions held by SJ Norway and Vy Tog, amending delivery obligations to lower operating costs and improving compensation if traffic falls below the level on which their original bids were based.

Terms have also been renegotiated with Go-Ahead Norway for its concession covering Traffic Package 1 (South), comprising the Sørlandsbanen, Jærbanen and Arendalsbanen routes.

SJ Norway holds the concession for Traffic Package 2 (North), covering the Dovrebanen, Rørosbanen, Trønderbanen, Raumabanen, Meråkerbanen, Nordlandsbanen and Saltenpendelen routes. The remaining term of this concession is six years and six months, with an option to extend it for a further two years.

Traffic Package 3 (West) is held by Vy Tog, which operates the Bergensbanen, Vossebanen and Arnalokalen routes. The remaining term is seven years and six months, with a two-year extension option.

The renegotiated concession contracts all run from July 1. Until June 30, all three operators had been receiving compensation for loss of income and increased costs caused by the Covid-19 pandemic.

Mr Hans Henrik Kristensen, director of passenger traffic agreements at the Norwegian Railway Directorate, points out that the previous concession agreements were entered into before the outbreak of the pandemic in early 2020, which led to a dramatic decline in passenger traffic and significant uncertainty about its effect on travelling habits, creating doubt over future revenue for the operators.

Under the renegotiated concessions, passengers will enjoy a level of service “at least on par with today,” according to the Railway Directorate.

Delivery obligations have been changed to reduce operating costs and provide greater room for manoeuvre to increase revenue. Operators will be compensated if income from passenger traffic is lower than the level on which the original bid was based. There will also be a bonus if operator revenue recovers after the pandemic, as well as smaller bonus schemes related to measures they will introduce to reduce operating costs.

Compensation is also planned for the increase in energy prices resulting from the war in Ukraine, says Kristensen.

“The new agreements presuppose a train offer that is at least as good as today, and that the planned offer improvements that were included in the original agreements will be realised as soon as demand has picked up again and there is a market basis for more services,” says Kristensen.

“The financial preconditions in the agreements are also better adapted to today's lower travel volumes and the uncertainty associated with future traffic development.”