The annual grant from Île-de-France Mobility will increase to €800m. 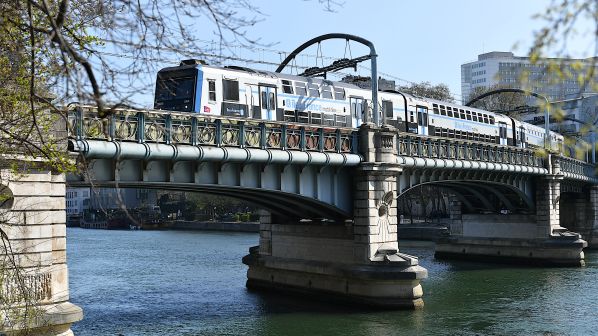 THE boards of directors of Île-de-France Mobility and Paris Transport Authority (RATP) have approved a new 2021-2024 operating and investment contract for the network operated by RATP, with investment set to increase by nearly 25%.

The annual subsidy provided by Île-de-France Mobility to modernise the network, which includes 14 metro lines, 341 bus routes, eight light rail lines and, in co-operation with French National Railways (SNCF), the RER A and B line, will also increase four-fold to €800m. The overall contract includes €1.6bn per year to develop and improve service quality and modernise the networks, up from €1bn under the previous contract.

RATP will receive a profit share based on the level of passenger revenue and ticket sales. RATP has also committed to controlling its operating costs and improving economic efficiency. The annual remuneration paid by Ile-de-France Mobilités to RATP is projected to fall by €230m to €4.48bn by 2024.

The financing package will fund the renewal of rolling stock, including the purchase of new trains for RER Line B, the first of which will be delivered by the end of 2025 by a consortium of Alstom and CAF under a €2.56bn contract confirmed on April 14. The funding also includes an ambitious metro renewal plan, with eight lines due to be progressively equipped with new MF19 trains by 2033, with major investments between 2021 and 2024. The rolling stock on the T1 tramway will be completely renewed by the end of 2024, and diesel buses will removed from operation by the end of 2025.

Stations will also be renewed in order to improve comfort and cleanliness, with a €60m investment programme to quickly upgrade around 10 stations per year and a plan to create 100 toilets in stations by 2024.

Intermodal integration will be strengthened with the deployment of 5000 bicycle parking spaces and plans to install another 5000, while a programme to develop bus ecostations has been allocated €47m, up from €23m in the previous plan.

The contract provides €57m for improving the ventilation of the RATP metro network. A €300,000 investment in measuring equipment will reinforce the monitoring of ultra-fine particles, complementing the measuring tools already present in three stations.

The agreement places major importance on passenger satisfaction, with a revised bonus and penalty system worth up to €100m a year, up from €25m under the previous contract. 25% of this is linked to passenger perceptions, including their opinions on cleanliness, damage such as graffiti, and the way passenger movement is managed during construction or maintenance.

More than 75% of the targets in the agreement have been raised, including dynamic passenger information onboard trains, cleanliness of stations and trains, and the quality of interaction with passengers. In addition, in view of the growing volume of work on the Île-de-France rail network, a specific system has been set up to monitor and control the quality of passenger care during the work.

The bonus and penalty system has been changed to better reflect passenger experience, with the calculations on RER lines A and B now carried out on a weekly basis, rather than monthly, with objectives by branch rather than by line. If punctuality is less or equal to 80% over three months or more on the RER lines during a calendar year, users will be reimbursed:

In the event of a strike and the minimum service is not provided – defined as 33% on RER branches during off peak and 50% on the metro and surface network at peak times - RATP will also be obliged to refund passengers.