Spain confirms financial framework for rail spending up to 2026

Spain expects to spend €24.2bn on development, maintenance and renovation in entire five-year plan, which runs to 2026. 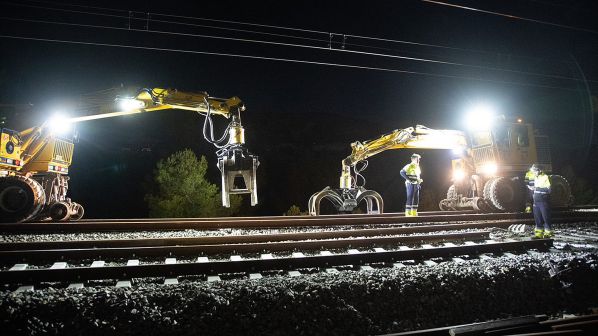 SPAIN’s Ministry of Transport, Mobility and Urban Agenda (Mitma) has approved the Indicative Railway Strategy (IRS) for 2021 to 2026, which establishes the financial framework for the development, maintenance and renovation of Spain’s conventional and high-speed railways for the next three years.

The strategy foresees the allocation of €24.2bn to support these activities over its entire five-year duration.

Mitma describes the IRS as the “highest ranking instrument within railway sector planning” and adds that the strategy will act as a “fundamental lever” to deliver the paradigm shift in transport policy promoted in Spain’s Safe, Sustainable and Connected Mobility Strategy 2030, which calls for a shift to more sustainable modes of transport.

Mitma says the purpose of the strategy is to encourage investment policy to optimise resources and the use of existing infrastructure as well as to prioritise plans and actions that benefit the largest possible number of users. There is an added emphasis on improving efficiency and increasing social cohesion.

Specifically, the strategy aims to strengthen the rail freight network, the European TEN-T corridors, and improve interoperability to contribute to creating a single European railway area. It says that while having less prominence than in previous plans, construction of the high-speed network will continue. In addition, improving maintenance will help to increase network reliability and security.

Mitma confirmed plans to invest €7.99bn in rail infrastructure in 2023 in its annual budget statement in October.

For an in-depth look at Spain’s rail development plans, see the January issue of IRJ, p9, or click here.