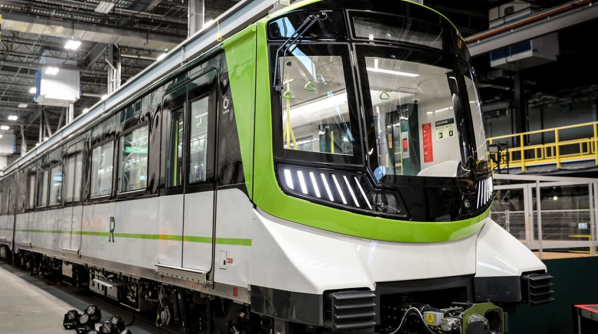 Under the €1.8bn contract, awarded to Groupe PMM in February 2018, Alstom will supply REM with 212 Metropolis metro cars operational using 1.5kV dc overhead electrification. The cars will be operated as four-car trains during peak hours and two-car trains off-peak.

Following the unveiling, the train began operational tests on a 3.5km segment of completed line between Brossard station and Panama station.

Designs for the trains were previously released in March 2019.

Work on REM began in April 2018, with partial service planned to start in 2022. Full service to all 26 stations on the REM network will launch in 2024.

The 67km project will connect downtown Montreal to the South Shore, North Shore, West Island and Montreal-Trudeau International Airport, and will be commissioned in several phases:

The project, which was previously scheduled to partially open in mid-2021, revised its schedule following delays caused by coronavirus pandemic restrictions.

The $C 6.5bn ($US 4.97bn) project is primarily funded through a $C 3.2bn contribution from CDPQ Infra, a subsidiary of Quebec’s public pension provider CDPQ, with additional funding coming from the Québec and Canadian governments and electricity provider Hydro-Quebec.