The vehicles are included in a framework agreement signed in 2013. 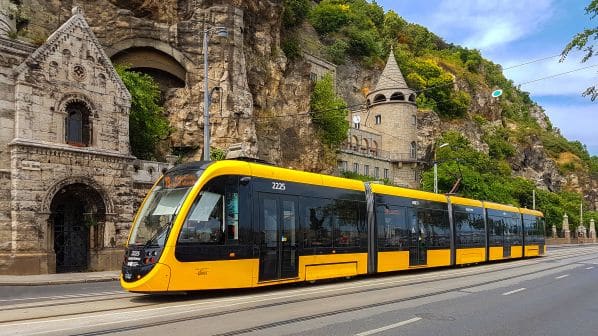 THE City of Budapest has decided to fund the purchase of 20 more CAF LRVs for Budapest Transport Centre (BKK).

BKK awarded CAF a framework contract in August 2013 to supply 37 low-floor LRVs with an option for 87 additional vehicles. The contract included 25 32-36m long LRVs and 12 56m-long LRVs, with 17 longer and 56 shorter vehicles purchased so far.

The new vehicles will be paid for in three instalments between the end of 2022 and September 2024.

The framework agreement between BKK and CAF was previously extended by six months until November 17, and BKK has been hopeful that the Hungarian government will fund the purchase of the 31 LRVs remaining in the contract, which can be purchased at the favourable 2014 prices plus inflation. However, there has been no indication that this funding will become available.

The 20 additional vehicles will be delivered between September 2024 and summer 2025 at a rate of two a month.