Eversholt Rail and Alstom to invest £1m in hydrogen trains 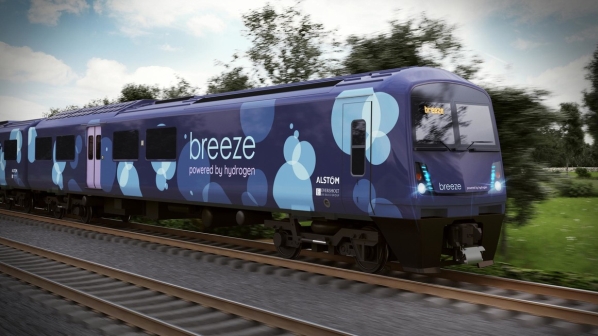 Eversholt Rail and Alstom unveiled the Breeze concept, which involves reengineering class 321 EMUs originally built by British Rail Engineering Limited in 1988-1991, in January last year. Most of the fleet of 117 class 321 trains is due to come off lease due to the delivery of new trains.

Alstom says the investment could allow the converted hydrogen multiple units (HMU) to be ready by 2024, supporting the British government’s aims to eliminate diesel-only passenger trains from the main line network by 2040.

The class 321 trains will be rebuilt as class 600 Breeze unites at Alstom’s Widnes Transport Technology Centre near Liverpool. The site will become Alstom’s worldwide centre of excellence for hydrogen conversion when the project is in series production, creating more than 200 engineering jobs.

The hydrogen trains emit no emissions besides water. Eversholt Rail and Alstom say hydrogen trains are most suited to regional services on routes that are not currently electrified.

Alstom will build on the development of the Coradia iLint in Germany, the first hydrogen-powered train to operate regular passenger services in the world.