TRENITALIA has received its first new Hitachi Rock EMU for the Lazio region in central Italy. 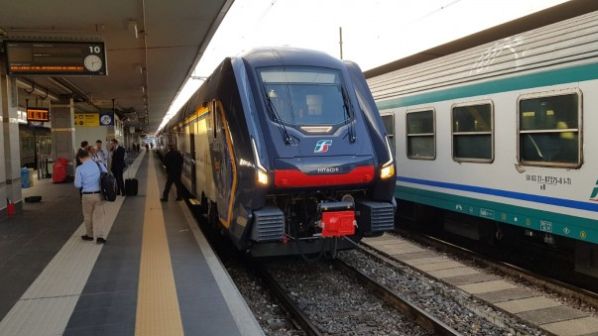 The train is the first of a fleet of 72 for the region, planned for delivery by 2024 under a contract agreed in June 2018.

The Rock trains can seat 602 passengers, increasing the number of seats by up to 53% compared with their predecessors, and will include space for up to 18 bicycles. The trains also reduce energy consumption by 30%, and be 97% recyclable.

The EMUs incorporate systems to monitor passenger numbers in real-time and diagnose maintenance issues, as well as offer a nursery area, improved air-conditioning, LED interior lighting and security systems, and onboard Wi-Fi.

The order is part of a €6bn plan by Trenitalia’s parent company Italian State Railways (FS) to replace 80% of its current regional fleet with over 600 new trains. It follows similar purchases by the company of 39 trains for the Emilia Romagna region, 47 for Veneto, 28 for Liguria and four for Tuscany.