The trains have undergone two years of testing in the Czech Republic but have so far failed to secure certification. 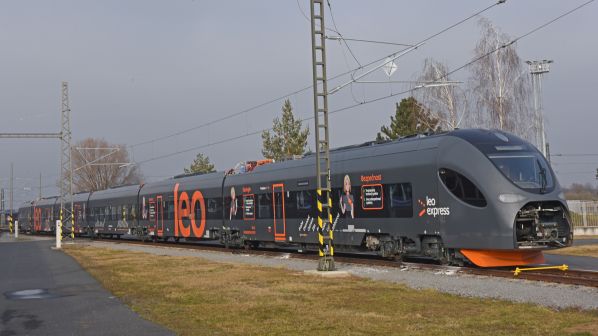 According to reports in Czech transport journal Zdopravy, the trains have failed to secure full certification. It was widely known that certification of the trains was running late even when the impact of Covid-19 on activities at Velim were taken into account. Zdopravy says the reports were verified by two independent sources.

The order was placed in 2016 and includes an option for 30 additional trains. The trains were expected to enter service in 2021 after the first 111m-long bi-voltage (3kV dc/25kV 50Hz ac) Sirius train arrived in Europe in September 2019 and was transferred to the VUZ test center at Velim for testing. These tests generated data for the commissioning process and to secure certification based on Europe’s Technical Specifications for Interoperability (TSI) in order to secure an Authorisation to Place on the Market (APOM) permit for operation in Europe.

Both Leo Express and CRRC’s office in Vienna did not respond to requests to comment from IRJ at the time of publication. Leo Express spokesman, Mr Emil Sedlařík, was cited by Zdopravy as not denying the reports. “Due to the contractual arrangements, we cannot comment on the confidential relationship or the ongoing negotiations between Leo Express and CRRC,” he said.

The future of the three trains is now unclear. However, CRRC is expected to continue working to secure authorisation for the trains.

While manufactured in China, several Czech design agencies and domestic suppliers were involved in the CRRC-Leo Express train project: the interior specifications were developed in consultation with Leo Express and the operator says 20% of the components were supplied by a Czech company.

Spanish operator Renfe completed the acquisition of a 50% stake in Leo Express in August 2021.