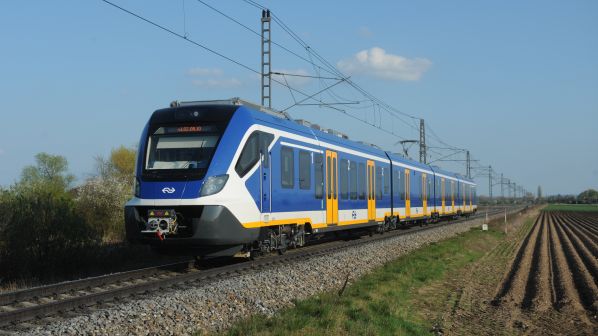 The order, which is worth around €400m, is an option from a €510m contract signed in December 2015 for 118 articulated EMUs based on CAF’s Civity platform. The first trains from the original batch entered service between Haarlem and the Hague on December 9.
The option comprises 50 three-car and and 38 four-car trains, which will create another 15,000 seats.
Delivery of the second batch is due to begin in 2020 with the final train due to arrive in the Netherlands by the start of 2023.
CAF says the contract is now one of the largest it has secured internationally and one of the most significant in the history of the company.