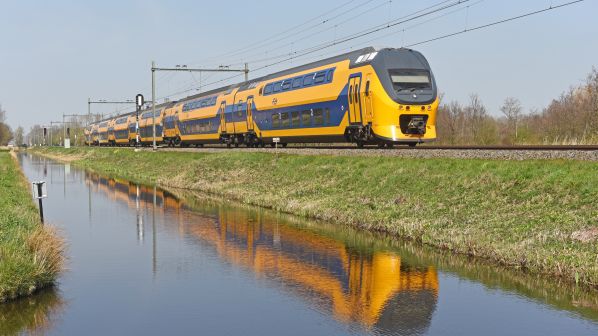 NETHERLANDS Railways (NS) has announced it will modernise 51 four-car VIRM 4 double deck EMUs, which were delivered from 2008 onwards, at a cost of €323m. The upgrade of the first prototype vehicle will start in autumn 2023 and be completed at the end of 2025, with the remaining 50 sets to be completed between 2026 and 2028.

NS says 99% of the materials in the fleet will be either reused in the trains, reused elsewhere or recycled. The modernisation will extend the life of the trains by 18 years and make them more sustainable, while also being cheaper than purchasing new trains.

“For the long term we are preparing ourselves for a strong increase of passengers,” says NS director of operations and member of the board of directors, Mr Eelco van Asch. “That is why it is important that we continue investments in modern trains with more seating capacity for our passengers. By modernising these double deck trains we ‘smash two flies by one hit’ - providing a comfortable journey for our passengers while operating trains in as sustainable a way as possible.”

NS originally ordered a double-deck fleet in 1994 as DD-IRM series vehicles. The fleet was renamed as Extended Interregio Rolling Stock (VIRM) in 2000 following an order for 128 additional coaches to extend the three-car trains to four-car, and four-car trains to six-car. The VIRM 2 and VIRM 3 sets were ordered in 2003 and 2005 respectively, followed by delivery of the VIRM 4 fleet from mid-2008. The full VIRM fleet currently comprises 98 four-car and 80 six-car trains.

NS’ subsidiary Train Modernisation Haarlem is currently upgrading the VIRM 2 and VIRM 3 fleets, with this due to be completed in early 2024. The modernisation of the first VIRM series EMUs began in 2016.