NUREMBERG Transport (VAG) has ordered 12 four-section Avenio LRVs from Siemens, with an option for up to 75 additional LRVs. The base contract is worth an estimated €44m. 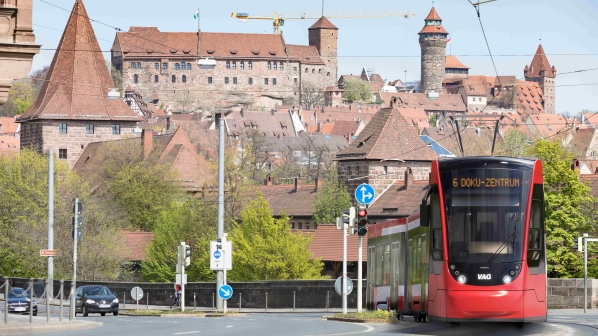 The vehicles are expected to enter service by the end of 2022, with the options available until 2034, and will be used to expand services on existing and planned new lines.

The new LRVs are designed to reduce station dwell times, with barrier-free access along the length of the train. The LRVs feature large windows, LED lighting and Wi-Fi along with spaces for wheelchairs and passengers with walking frames by the doors. The second door has a folding entry ramp. Each LRV is 2.3m-wide, 36.85m-long and 3.55m-high.

An air-duct HVAC system is also installed in the LRVs, which is 90% recyclable. Avenio uses a large share of the recovered braking energy for heating, with the remainder fed back into the power grid.

VAG announced in August 2018 that it was preparing a tender for up to 85 new vehicles to accommodate increasing ridership and expansion of the network. In September, the operator secured more than €25m in grants from the state of Bavaria to help fund the acquisition of new trams and U-Bahn trains.

The commitment includes €15m from the state’s air pollution control fund and €10m from the Municipal Transport Financing Act. The grants will cover around 40% of the cost of an initial order for the LRVs and around 25% of the cost of new articulated trains for U-Bahn Line U1.