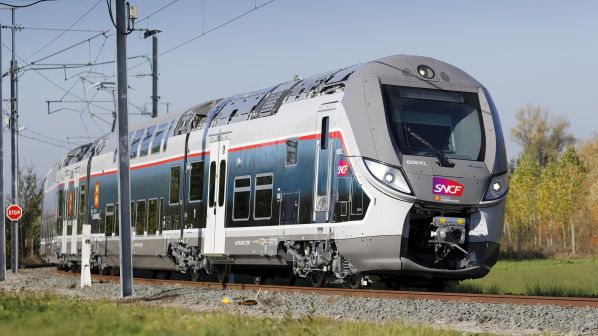 The order follows an agreement announced on May 16 for an additional 16 trains of the same type, costing a further €245m.

The first deliveries are scheduled for the end of 2023 and are planned to operate on the high-traffic long-distance lines linking Paris with Vernon-Rouen and Evreux-Serquigny. The trains will be manufactured at Bombardier’s site in Crespin, Hauts-de-France.

The options are part of a framework contract with SNCF signed in 2010 for up to 860 trains for France’s regional networks.

The new orders from Normandy follows the agreement in November 2016 for 40 Omneo Premiums sets which began entering commercial operation this year, and will increase the Normandy region’s fleet to 67 trains once completed.

The trains have been designed to offer passengers a high standard of comfort, with both first and second classes offering reclining seats equipped with individual armrests, reading lights and USB and power sockets. In addition, coaches will be equipped with LED screens throughout the train, as well as TFT flat screens in seating areas, which will be used to provide passenger information.

To date, 10 French regions have ordered a total of 455 Omnio/Regio 2N trains under the contract, including 118 Omneo Premium and 337 Regio 2N trains.