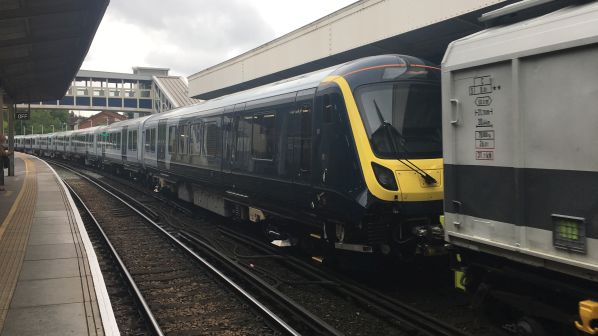 Testing will start in July with a view to the first train entering service later this year. The trains are being supplied under a £895m contract agreed by SWR’s owners First Group and MTR on June 2 2017 and were originally planned to enter service from mid-2019.

The 160km/h trains are based on Bombardier’s Aventra platform and will be formed into 60 10-car trains and 30 five-car units. Each five-car train will have 274 seats with room for 361 standing passengers, while a 10-car set will seat 556 passengers with space for 746 standing.

SWR will use the trains to increase peak capacity on suburban routes into London Waterloo by 46%. The uniform fleet will replace class 455 EMUs dating from the 1980s, refurbished class 458 Alstom Coradia Juniper five-car EMUs, as well as the fleet of 30 class 707 Siemens Desiro City five-car EMUs which only entered service in 2017. The latter will be transferred to Southeastern which operates commuter services in southeast London.

For more data on train orders, subscribe to IRJ Pro.