SWEDEN’s Inland Railway announced on February 28 that its Inlandståg subsidiary has acquired five Alstom Coradia Lint 41 DMUs for use on Östersund - Mora services. 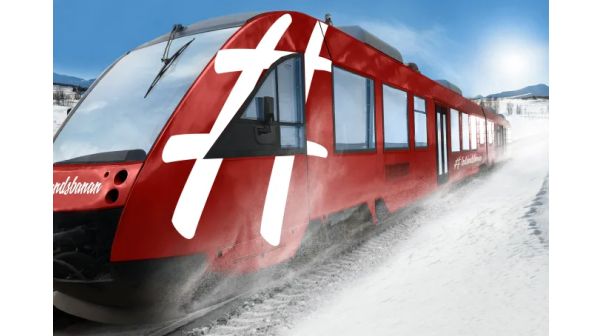 Delivery to Sweden will take place later this year. Inland Railway says the trains are in “good condition and have been acquired at a very attractive price.”

The two-car trains were built in 2001-2002 and were previously used on regional services in the Netherlands.

Each 41m-long train seats 134 passengers. Inland Railway says the interior configuration is already suitable for shorter distance Orsa - Mora services, but the trains will need to be modified to improve passenger comfort for Östersund - Mora trips.

Ridership on the Inland Railway and the parallel Länstrafikbussen network has doubled since 2012. Inland Railway says around half of all trips cover the whole distance between Östersund and Mora.

In March 2017 a three-car DMU built by TZV Gredelj, Croatia, visited the line to demonstrate the potential of modern rolling stock on the route.

A working group consisting of politicians and civil servants from Länstrafikbolaget in Jämtland and Dalarna, Inland Railway and the municipalities Östersund, Berg, Härjedalen, Orsa and Mora has been devising a new concept for the development of public transport between Mora and Östersund.

The working group is currently studying the introduction of regular commuter trains between Orsa and Mora following a successful trial two years ago.