Testing of the first set expected to commence at Velim in August. 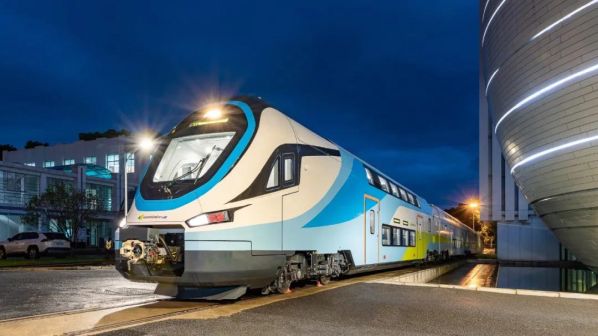 AUSTRIAN private operator Westbahn has confirmed to IRJ that it is working with CRRC Zhuzhou to add four new six-car double-deck trains to its fleet.

Images of the trains donned in Westbahn’s distinctive white, green and blue livery appeared on social media on June 2 following a Chinese news report announcing their development. Westbahn says it plans to lease the four trains when they are certified for operation in Austria, which is expected in summer-autumn 2023.

The private operator says testing of the first trains is expected to commence at the Velim test circuit in the Czech Republic in August with tests also set to take place at the Minden circuit in Germany.

Westbahn says it has worked alongside CRRC to develop the train and took great care to ensure that the central elements are equipped with components from European suppliers.

Westbahn adds that the CRRC trains are multi-system and could be used to operate services in other countries.

The new trains will supplement the operator’s new fleet of 15 six-car Kiss 3 double-deck EMUs from Stadler, the first of which it expects to receive this autumn. Stadler overcame a CRRC bid to win the €300m contract in October 2019.

The Kiss 3 fleet will replace the 17 double-deck Kiss sets Westbahn sold to German Rail (DB) in 2019. Nine four-car trains have already transferred to DB and the remaining eight six-car sets will transfer by the end of the year.