EUROPEAN railfreight transport operators are continuing to suffer from low profitability despite considerable increases in traffic since the height of the world financial crisis in 2009, according to the latest European Railfreight Transport Market 2012 study released by SCI Verkehr. 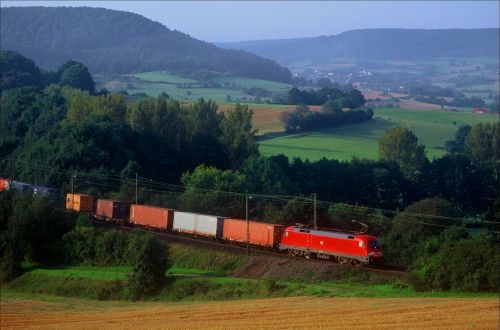 SCI says severe intermodal price competition with road transport, and the non-profitable structure of some European freight operators are factors contributing to these results. This is in contrast with North American freight railways which are reporting healthy margins despite equally challenging economic conditions. All of North America's Class 1 railways reported positive Ebit margins in 2010, compared with only four of Europe's top 12 operators.

In 2011 the European railfreight market was worth €18bn, down from the high of €20bn reported in 2008, but continuing to grow from the huge contraction experienced in 2009.

SCI says that while European railfreight operators are currently embarking on a wide-reaching restructuring process aimed at improving their profitability, state-owned operators continue to dominate the market, and have consolidated this position by taking over a number of private firms. DB Schenker is by far the largest operator with turnover in 2010 of around €4.3bn. Its nearest competitor is Rail Cargo Austria which has turnover of around €1.8bn, which is followed by PKP Cargo with around €950m, Fret SNCF with approximately €800m and SBB with around €700m. Freightliner, in 10th place, is the highest ranked private operator.