Freight traffic in China up 5.5% in first half

Total of 1.95 billion tonnes carried between January and June. 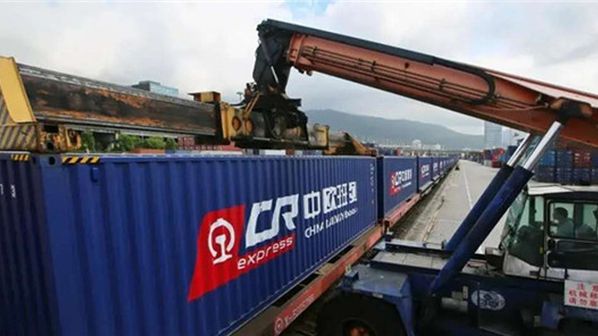 RAIL freight delivered “a dazzling report card” for the period from January to June, according to China National Railway (CR), which reports that a total of 1.95 billion tonnes were carried - up by 102 million tonnes or 5.5% on the year before.

CR says that it increased the amount of coal moving from major production areas such as Shaanxi, Shanxi, Inner Mongolia and Xinjiang, and in response to the shortage of thermal coal in some areas, has implemented precise supply guarantees for 270 power stations in 13 provinces.

Between January and June, CR carried 88.26 million tonnes of agricultural materials, including grain and fertiliser - a year-on-year increase of 15.9%.

As the Covid-19 pandemic continues in China, CR has moved medical and other supplies to Hong Kong, Shanghai and Kyrgyzstan, using special trains to deliver materials to key areas in a timely manner.

From January to June a total of 7473 freight trains were operated between China and Europe, carrying a total of 720,000 TEU. Compared with 2021, these figures were up 2% and 2.6% respectively. However, this compares with respective growth of 22% and 29% in the first half of 2021 and 50% and 56% in the first half of 2020 when rail freight services increased substantially at the start of the Covid-19 pandemic.

Russia’s war with Ukraine is cited for the growth slow down. To avoid travelling through Russia, a new southern route has been opened across the Caspian Sea and the Black Sea allowing entry to Europe via Romania although capacity on this slower route is limited.

Intermodal services using rail and ship in the Western Land-Sea corridor saw strong growth in the first half of 2022, carrying a total of 379,000 TEU, which was up 33.4% on the year before. The number of scheduled rail services has increased from nine to 12.

The corridor is centred on Chongqing municipality in the centre of China, providing a connection from western China to ports in the Beibu Gulf in southern China, as well as links to Myanmar, Laos and Vietnam.

CR is actively developing intermodal transport making use of rail, sea and inland waterways to reduce carbon emissions, and initiatives in this area include exploring the potential of automated container terminals.

From January to June the average daily container loading of the national railway was 41,702 vehicles, up 19.9% year on year, while rail and water intermodal services carried 5.69 million TEU, up 31.1%.