Refund of $US 1.4bn follows failure of CN’s planned merger with KCS. 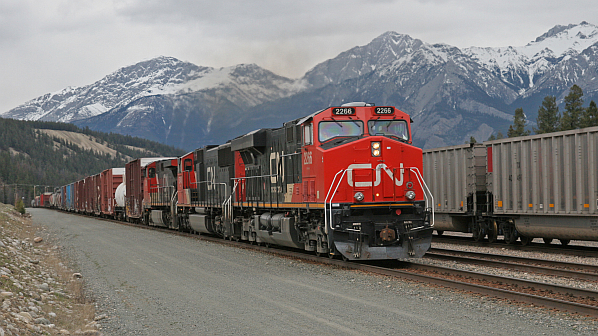 CANADIAN National (CN) is to receive $US 1.4bn in termination fees through two payments, each of $US 700m, from Kansas City Southern after the latter provided a notice of termination of the planned CN-KCS merger announced on May 21.

KCS will pay CN $US 700m cash for a ‘Company Termination Fee’ and a further $US 700m, in cash, for the ‘CP Termination Fee Refund’. CN is not obligated to pay any termination fees as a result of the termination of the CN merger agreement.

The notice of termination from KCS follows the mutually agreed early termination of the match period provided for in the CN merger agreement.

CN continues to believe that a merger with KCS would have enhanced competition and delivered other benefits, but it now says there have been significant changes to the regulatory landscape in the United States since launching its initial bid. It claims these changed makes completing any Class 1 merger much less certain. CN highlights the Executive Order focused on competition that was issued by US president Mr Joe Biden in July as an example.

CN’s planned merger with KCS was rejected by the Surface Transportation Board (STB) at the end of August. Canadian Pacific (CP), which had originally tried to acquire KCS before CN launched a counter bid, has agreed a deal worth around $US 30bn to buy KCS. The deadline for that to be agreed is 17.00 EST on September 20.

“The decision to bid for KCS was a bold and strategic move that still resulted in positive outcomes for CN,” says CN president and CEO Mr JJ Ruest. “We believe that the decision not to pursue our proposed merger with KCS any further is the right decision for CN as responsible fiduciaries of our shareholders’ interests.

“CN will continue to pursue profitable growth and opportunities for excellence as a leading Class 1 railroad, and we look forward to outlining more details on our strategic, operational and financial priorities in the near future.”