Port of Hamburg rail freight volumes on the rise

A total of 11.3 million tonnes of freight was transported by rail between the Port of Hamburg and destinations within Germany and Europe in the first quarter of 2019, a 7.7% increase on the same period last year. 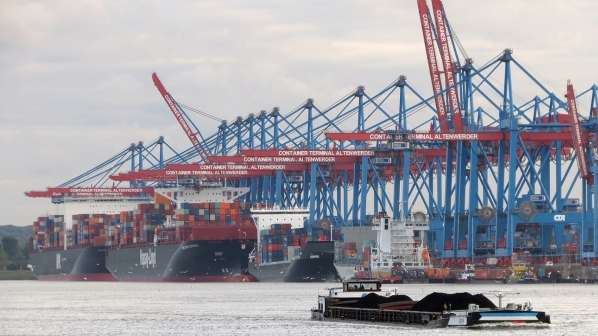 The growth in intermodal traffic was even higher, with a total of 690,000 TEU (twenty-foot standard containers) transported by rail in the first quarter of 2019, a 13.6% increase compared with the same period last year.

Port of Hamburg says the growth is mainly due to the four new Trans-Atlantic liner services connecting Hamburg with the United States, Canada and Mexico, along with new intermodal block-train services.

Of the more than 122 million tonnes of seaborne freight traffic cleared annually at the port, 48.2% is transported by rail, ahead of trucking with 41.4% and inland waterway with 10.2%.

“Against the backdrop of overloaded roads and the desire for the most environment-friendly freight transport possible, in the coming years, rail will gain in importance in seaport-hinterland transport,” says Mr Axel Mattern, joint CEO of Port of Hamburg Marketing (HHM). “To be well prepared for growth in freight quantities, it is not enough for the ports alone to invest in developing and modernising, as well as in digitalising its infrastructure. Both the rail network and the inland handling terminals have to upgrade both their performance and capacity for additional freight volumes.”

Mattern says the full cooperation of all players in the transport chain is needed to achieve better utilisation of existing capacity.

Around 12% of all rail freight services in Germany have their origin or destination in the Port of Hamburg, and more than 200 freight trains daily use approximately 300km of track and industrial sidings in the port. The number of rail transport operators using the port’s network has risen in recent years to more than 150 companies.