THE managing director of Germany's Pro-Rail Alliance, Mr Dirk Flege, has called for politicians to act on upgrading Germany’s rail network to accept 740m-long 35-wagon freight trains, which is supposed to become the standard in Europe. 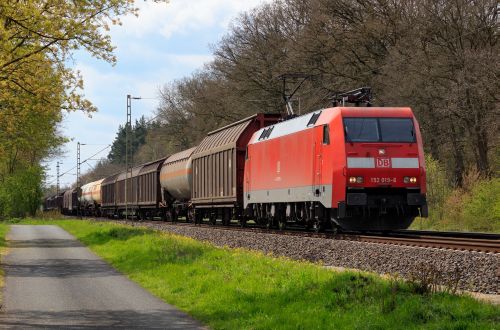 “The tasks are clearly defined: the federal transport ministry should quickly conclude its evaluation process for the 740m network, which has now finally begun, thus enabling the federal parliament to debate the relevant legislation in October,” Flege says.

Flege estimates that the 66 upgrade measures identified by Germany’s infrastructure manager DB Networks will only cost between €200m and €300m. “The measures will greatly benefit the economy and the environment and are not difficult to implement,” Flege says. “It often only involves moving signals and extending passing loops.”

“Longer freight trains are already operating in neighbouring countries,” Flege says. “Denmark has trains with a length of 835m, and France is planning freight trains measuring 1000m from 2018.” But trains often have to be reduced in length when they reach the German border which increases operating costs and reduces network capacity.

Mr Michail Stahlhut, chairman of SBB Cargo International, also wants train lengths to be increased. “Because the new Gotthard tunnel is built for 750m trains, we can transport around 30% more freight using the same number of trains,” Stahlhut says. “The Gotthard tunnel is a massive opportunity for Europe’s rail freight sector. Italy is already making its network fit for 740m trains. In the German government’s current infrastructure plan, a decision on long freight trains has surprisingly been put on hold.”

The European Commission want all routes on Europe’s core rail networks to be upgraded to allow 750m freight trains to operate by 2030.