SPANISH national train operator Renfe and German Rail (DB) subsidiary Transfesa are facing an investigation by Spanish competition authorities following evidence of a possible collusion agreement and abuse of a dominant position by the public company, which could be detrimental to other railfreight operators. 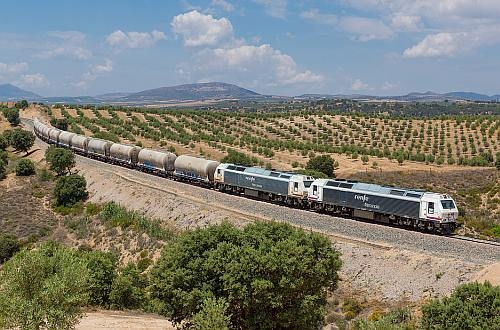 In a public statement issued on October 23, the Spanish Markets and Competition Office (CNMC) points to the parent holding Renfe and two of its subsidiaries, Renfe Freight and Renfe Railway Equipment Rental, along with Transfesa and several other companies owned by DB's freight unit DB Schenker.

The probe follows an intervention by Spain's Private Freight Operators Association (AEFP) and is based on evidence of a pact to limit competition "in the rail freight transport market and, specially, that of manufactured cars and auto parts".

The CNMC also sees "rational evidence of practices forbidden by the Competition Law and the Treaty on the Functioning of the European Union," which could fall under the definition of abuse of a dominant position, as Renfe would have set "discriminatory commercial conditions" to AEFP members using the public company's subsidiaries for traction and wagon rental services, thus favouring "other clients".

The CNMC has sustained a skeptical position over the ongoing rail liberalisation process in Spain. Two years ago, the competition authority welcomed the decision to create four Renfe subsidiaries, but suggested that the government should proceed with partial or total privatisation as soon as possible, abolishing Renfe as a holding company.

Despite having been formally opened in 2015, the rail freight market is still dominated by Renfe, which retains an approximate share of 80% of the total train-km operated. The remainder is split between just three operators: Continental Rail, DB Schenker, and Comsa Rail Transport, which is 25%-owned by French National Railways (SNCF).