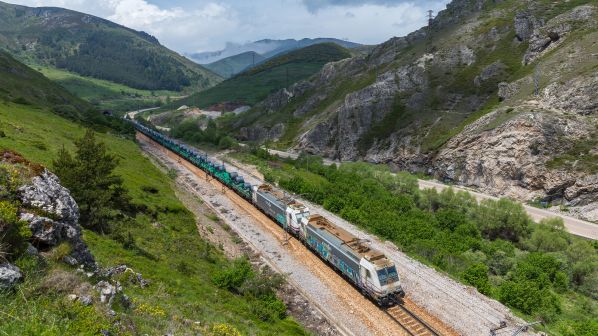 SPANISH national operator Renfe is to invest €122.7m in its freight business in order to reduce its carbon footprint, accelerate digitalisation and make it more competitive.

The Ministry of Transport, Mobility and the Urban Agenda (Mitma) is providing €37.3m or 30% of the total, under Spain’s Recovery, Transformation and Resilience Plan (PRTR) funded by the European Union (EU).

Renfe says that it will be purchasing new electric locomotives with high traction power, running on 100% renewable energy, as well as wagons for piggyback services carrying road semitrailers.

New technology will also be deployed to improve wagon identification and tracking, as Renfe aims to equip its freight business with innovations already used elsewhere in the freight sector, with the aim of making it more sustainable and more competitive.

Renfe hopes to award contracts for this work during the first half of this year, with the aim of completing projects by the end of 2025.

Investment in the rolling stock fleet is already underway, with deliveries of 12 Co-Co electric locomotives from Stadler ahead of schedule. Renfe has now received six of the new fleet and expects the remaining six locomotives to be delivered during the first four months of this year.

Renfe says that the new locomotives will enable it to make the best use of new infrastructure as soon as it enters service, such as the Pajares base tunnel currently under construction between León and Oviedo.

New traction and a route with easier gradients should enable Renfe to offer more efficient services to its major customers in the steel industry and other sectors that currently move their products by rail on the León - Oviedo route.

The Stadler locomotives are being delivered for operation on the 1668mm-gauge network, but Renfe says that they will be capable of conversion to 1435mm gauge by changing axles.